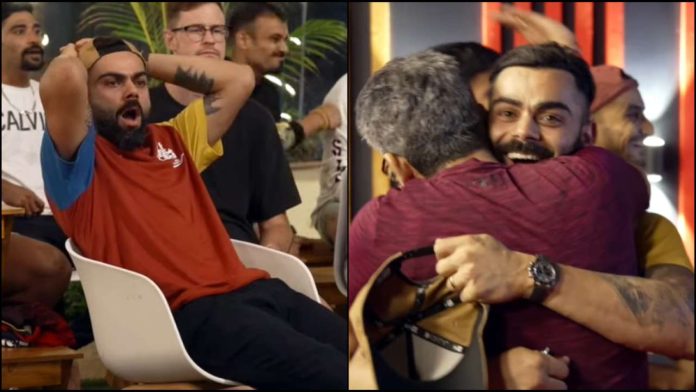 RR vs RCB Live Update: Faf du Plessis, the captain of Royal Challengers Bangalore (RCB), agreed that the road to the finals is a difficult one for a team that ended up in a position that is not in the top two in the points table. At Eden Gardens in Kolkata, the franchise overcame its Eliminator challenges by securing a victory over the Lucknow Super Giants (LSG). The victory was by a score of 14 runs.

After having already qualified for the playoffs for the third consecutive season, RCB must now put together three victories to claim the IPL title for the very first time. After winning a victory in the Eliminator, the three-time finalists now face the challenge of claiming victory in Ahmedabad against the Rajasthan Royals and the Gujarat Titans.

RR vs RCB Live Update: What did du Plessis say?

On RCB Match Day, Du Plessis said the following while acknowledging that the two-month-long competition is taxing on both the body and the mind:

“Your path to the final is a challenging one if you didn’t finish in the top two in the table. The Indian Premier League, particularly this year with its current length, is taxing on both the body and the intellect. Therefore, there has been sufficient time for recuperation. We played cricket for two months. It means that towards the conclusion of the season, you are physically and psychologically more worn out than you were at the beginning.”

Following the delayed conclusion of the match at Eden Gardens, he continued by saying that numerous players were suffering from a lack of sleep. He said:

“It’s emotionally taxing. Most of us didn’t get a lot of sleep since we came back rather late because the game began late.”

The match in Kolkata did not end until far after its scheduled time since the beginning had to be postponed because of some light rain. The match didn’t get off until 8:10 PM IST. The toss was delayed for twenty minutes. After RCB’s victory, the team needed to make the trip to Ahmedabad. It is the location of the second qualifying match and the championship match.

According to Du Plessis, “It was simply having that incredibly quiet dressing room where men were not hyping up a must-win game.”

Following their victory in their most recent league match against the Gujarat Titans (GT), the Royal Challengers Bangalore (RCB) were relying on the outcome of the match between the Delhi Capitals and the Mumbai Indians (MI) for a place in the top four.

The match between the two teams, at the Wankhede Stadium in Mumbai, was broadcast to the full contingent during a screening that was organized by the franchise.

Du Plessis talks about the celebration of qualifying for the playoffs

Du Plessis thinks that the team’s celebrations after their qualifying were necessary for them to get their emotions out of their system in preparation for the crucial matches.

“The other night, when we were celebrating our team’s qualifying, it was a wonderful event that everyone was a part of. None of us could exert any control over the situation. As a result, our emotions ran tremendously high.”

“Before we played these games, I thought we needed to get those emotions under control a little bit. It was just having that incredibly peaceful dressing room where players were not pumping themselves up for a game that they really had to win.”

On May 27, RCB and RR will compete against one another in the second qualifier for the Indian Premier League 2022 at the Narendra Modi Stadium in Ahmedabad (Friday).