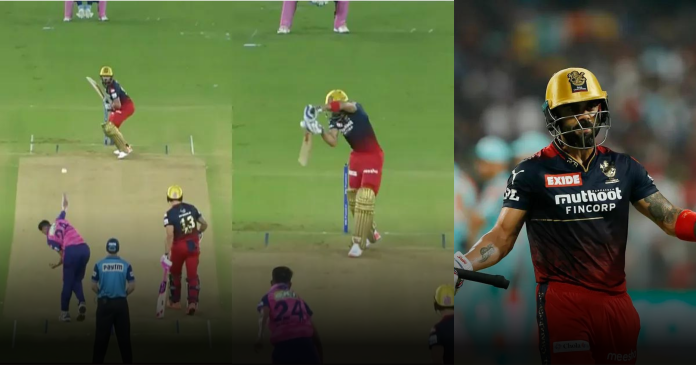 RR vs RCB Live Update: On Friday, May 27, former RCB skipper Virat Kohli, was the first player to depart. He was dismissed in their match against the Rajasthan Royals (RR). The right-hander edged one to the keeper off of Prasidh Krishna’s bowling. He had to walk back in the very second over of the game, which did not help their cause as it gave RCB a poor start to the match after being sent out to bat first.

In the most important knockout game of the tournament, Kohli failed with the bat once again. He only scored seven runs and the RCB top order did not click. This meant yet another batting failure for him in the lucrative competition this year. He has looked totally out of form and his struggles continue to hurt his confidence. The practice that the 33-year-old had of prodding at outside off-stump deliveries lost him his wicket yet again.

RR vs RCB Live Update: Kohli suffers yet another failure, as RCB’s poor start hurts them

Outside off, Prasidh Krishna delivered a short ball, which was at a decent length. Kohli made an effort to hit the ball. He played it such that it would sail over the point fielder. Despite that, he failed to capitalize on the opportunity and lost his wicket rather cheaply once again.

Kohli edged the ball directly into the hands of the wicketkeeper, Sanju Samson and that was the end of that. The Rajasthan Royals skipper gladly accepted the catch and then the celebrations began. Just not his day as it did seem to be the case, adding to Kohli’s misery even further. 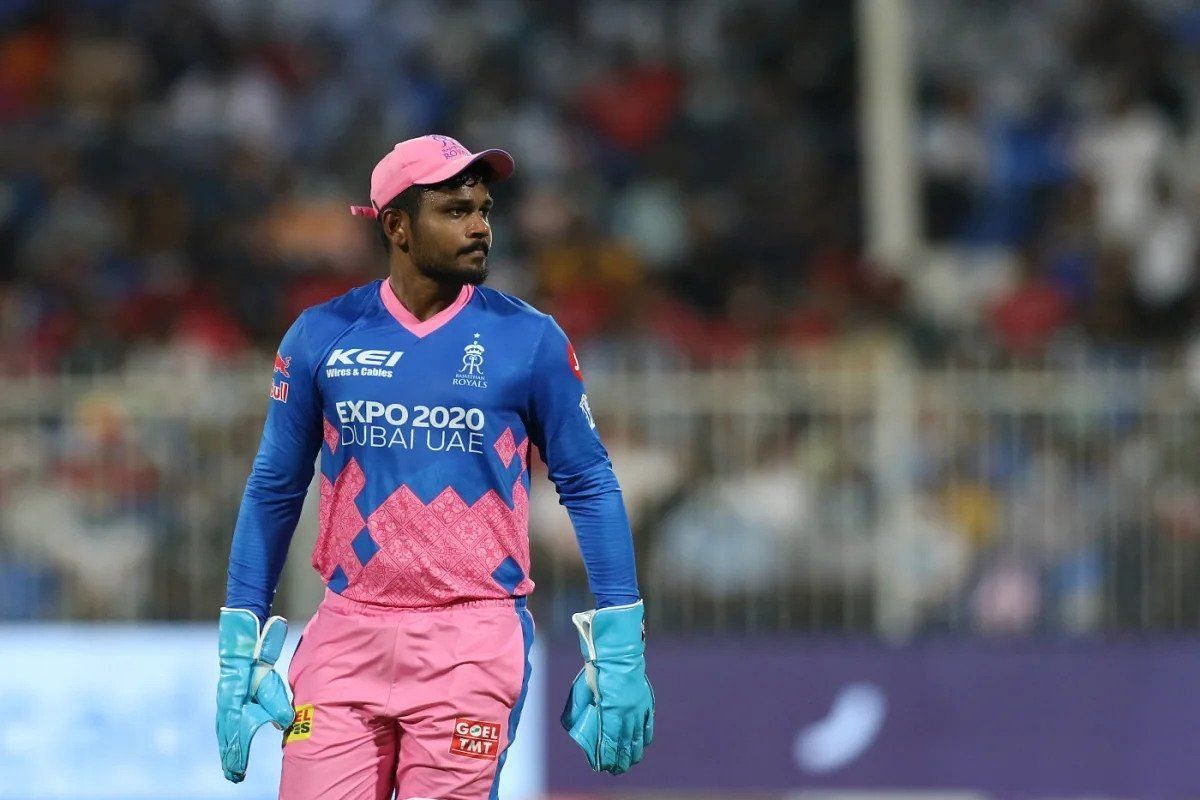 During the second eliminator, Kohli got off to a strong start. This was similar to some of the other matches in IPL 2022 since he started opening the innings along with Faf du Plessis. But once again he could not make it count and he got out.

In the opening over, he sent Trent Boult out of the park with a magnificent six. It was a shot that he smashed over the deep square leg fielder and into the stands. However, he was unable to maintain his momentum from that point onwards and got out soon.

The most recent iteration of the Indian Premier League has brought to light Virat Kohli’s lacklustre batting performances. it has brought forth more scrutiny. Things have not looked good for the former Indian skipper. It has been difficult for him to maintain consistency. He has not been able to make a meaningful contribution.

The experienced player has amassed a tally of just 341 runs throughout his 16 appearances in the competition. Even though he has scored two half-centuries this season so far, his strike rate of 115.99 is fairly disappointing. He has been really poor overall, considering how good a batsman he is.

In a match against Gujarat Titans that had to be won, he did play a crucial knock and deserves to be recognized for it. Because of his brilliant innings of 73, his team was able to achieve a vital victory by eight wickets over the team that was leading the table. 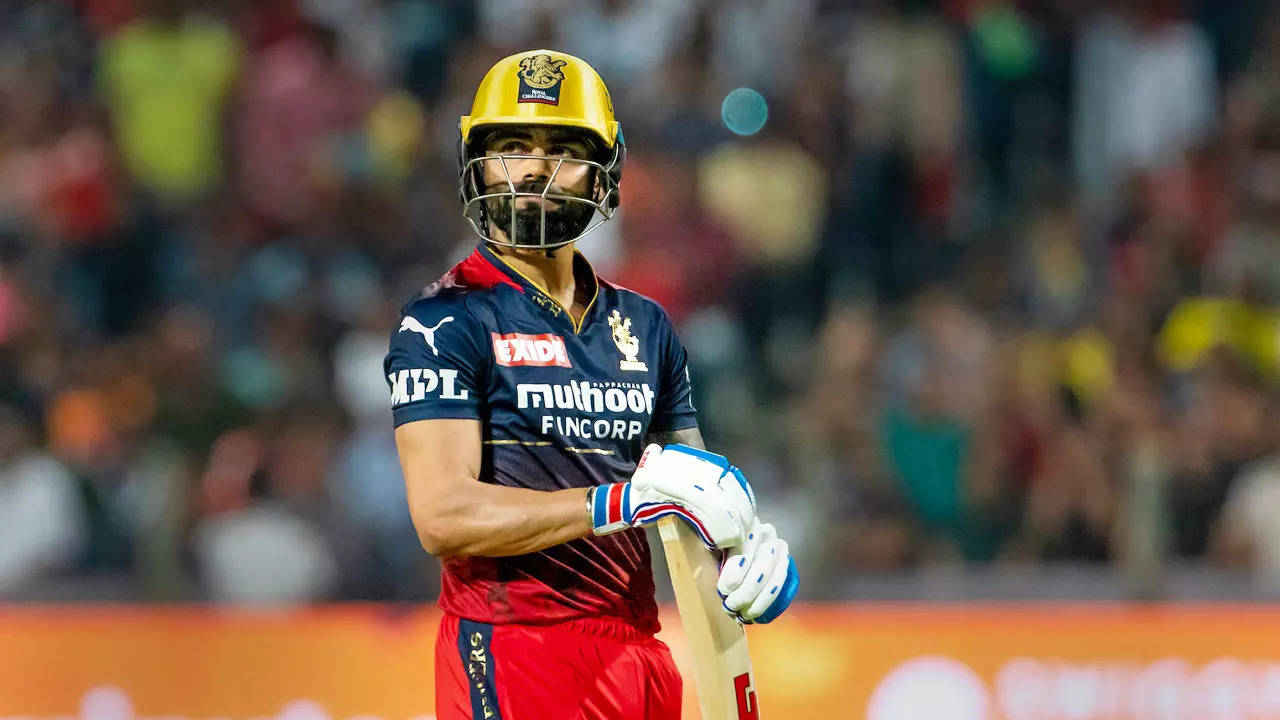 He now lost his wicket cheaply in the Playoffs in both matches. In the first round of the qualifier, which was contested against the Lucknow Super Giants (LSG), the former captain of India played an uncharacteristically calm game and scored 25 runs off 24 deliveries.

RR started off the bowling really positively, as they had done in some of their previous matches. They were the team that was trying to play aggressive cricket, with a wicket in the second over of the match. However, before that could happen, there was an incident happened in the game. Trent Boult was ready to bowl the second ball of the innings. The normal flow of play did break down when an unauthorized person entered the playing field. The game was stopped and the fan was successful in disrupting the game temporarily.

This happened just as Boult was beginning his run-up. He breached the perimeter security to get access to the playing field. The invader was then hastily led off the field by security. The fans waiting for the cricket to resume and enjoying this unique start to the match

This is how Twitter reacted to the start of the match that got everyone’s attention:

rcb is gone y'all I'm calling it