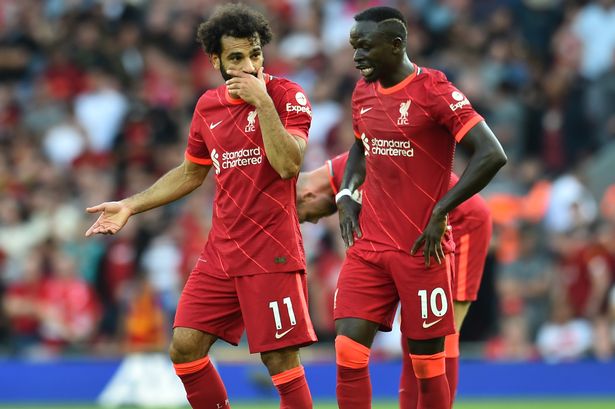 Latest Liverpool News: Don Hutchison, a former midfielder for Liverpool, has provided the team with some advice, recommending that they keep Sadio Mane rather than Mohamed Salah.

The question on the players’ respective contract statuses was posed to the 52-year-old as he was participating in an interview with ESPN’s Gab & Jules Show.

Even though the common assumption is that Salah is the greater match-winner, Hutchison expressed his view that Mane is more vital to Liverpool.

“It seems to me. I know I would be immensely in the minority here. But I would be all in favor of retaining Mane rather than Mo Salah,” he said.

“His form is great, and I don’t believe the manager ever has to worry about him or deal with any drama because of him. I believe that the work that he undertakes for both the club and the nation is of an exceptionally high caliber. It is incredible the amount of effort he puts in,” Hutchinson said. 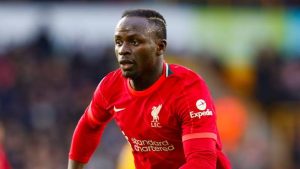 He went on to explain that since Mane is so versatile, he can play any position across the frontline. This is why it is so important for Liverpool to keep hold of him.

He simply plays all the positions very well. I realise that I am going to be in the minority, but €30 million [£25.65 million] to me feels like a little bit of a bargain. I wouldn’t say, worrying times. But they believe they are really going places, which they are under Jurgen Klopp, but to lose Sadio Mane, I think it could be a bit of a big blow,” he added.

Both Sadio Mane and Mohamed Salah still have not signed contract extensions with Liverpool. Their existing agreements with the club only have one year remaining.

Due to this, the club runs the risk of losing both players on a free transfer the next year. Nevertheless, credible sources indicate that Mane will be moving to Bayern Munich to take Robert Lewandowski’s position there.

As Mohamed Salah approaches the last year of his current agreement, discussions over an extension of his contract have ground to a halt. This adds to the uncertainty surrounding his future.

Latest Liverpool News: Liverpool may be preparing for a future without Mohamed Salah and Sadio Mane.

The contributions that Sadio Mane and Mohamed Salah have made to Liverpool’s victories over the course of the last several years have been well chronicled.

However, by the time the next campaign begins, both of these guys will be 30 years old. They may be nearing the end of their respective brilliant careers.

They both still possess enough talent to make an impact over the course of the next few years. But, Liverpool won’t be able to afford to have both of these individuals on the roster at the same time.

The possibility of retaining both Salah and Mane as players are very desirable from a strategic standpoint. But in practice, it may be difficult to achieve this goal.

As a direct result of this, the Reds have started the process of formulating plans for the next period. The likes of Diogo Jota and Luis Diaz have gotten off to strong beginnings in their careers at Anfield. They have a good chance of remaining at the club for the next ten years.

In addition, Liverpool has finalized the acquisition of highly regarded adolescent forward Fabio Carvalho. It indicates that the Reds are already working on their long-term strategy.