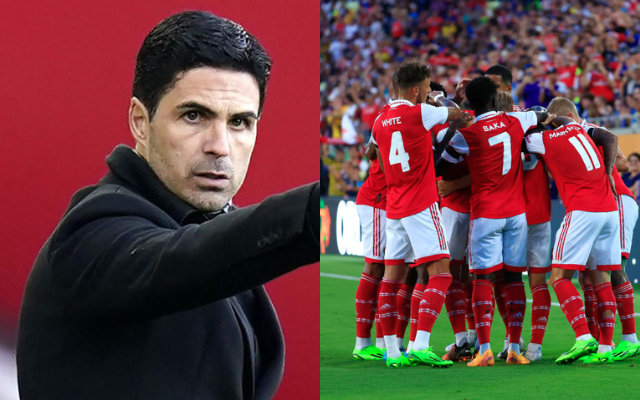 The Athletic says that Brentford is ready to make a bid of £25.7m to sign Mykhaylo Mudryk, who is wanted by both Arsenal and Everton.

Well, there has been a lot of interest in the Ukrainian player as we get closer to the 11 p.m. deadline on Thursday. Everton had a bid for the 21-year-old player turned down.

Arsenal hasn’t made their own offer yet, but they are talking with Shakhtar Donetsk about a deal.

Brentford, on the other hand, is now ready to crash the party. The Athletic thinks it will be hard for the Bees to make the deal, mostly because almost all of Shakhtar Donetsk’s foreign players have left because of the Russian invasion.

If Brentford is able to sign Mudryk, he would be their biggest signing ever. He would be worth more than Keane Lewis-Potter, who they got for £16 million earlier this summer.

The Athletic also says that Arsenal is still interested in the winger, but that they are currently focused on improving their centre midfield after Mohamed Elneny and Thomas Partey got injured.

Last season, Mudryk played 19 games and scored two goals and set up nine others. We don’t think anyone can say that the Bees don’t have any goals this summer.

This summer, Thomas Frank has already brought the talented Mikkel Damsgaard to west London. Damsgaard scored for Denmark against England in the EURO 2020 semi-final.

Arsenal, Tottenham, and Liverpool have all shown interest in the Dane in the past. He has been called the Christian Eriksen of Danish football.

Deals for Aaron Hickey and Lewis-Potter have also caught people’s attention. If the Bees can now beat Frank Lampard and Mikel Arteta to Mudryk, they should be praised for their ambition.

Still, the Ukrainian wonderkid said that he turned down Brentford earlier this year, so it remains to be seen if they will be successful this time.

Share
Facebook
Twitter
Pinterest
WhatsApp
Previous article‘£30m Star At Arsenal?’-Mikel Arteta and Edu Desperately Wants a Late Move For A New Star Player
Next article‘Virat Kohli Doing What He Does The Best’-Twitter Reacts As Virat Kohli Scores A Half-Century Against Hong Kong