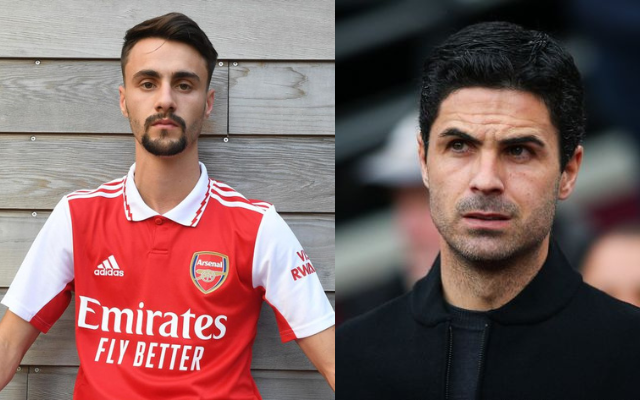 On Sunday at the Gtech Community Stadium, Arsenal will play their next Premier League game against Brentford. The Gunners are in first place with 15 points from their first six games. However, in their last league game against Manchester United, they lost, so they will want to get back to winning to keep their top spot.

The home team, on the other hand, will be full of confidence because they just beat Leeds United by a score of 5-2. They are tied for ninth with the same number of points from their six games.

In the U.S., the game is being shown on TV by USA Network, and it can also be watched live on NBCSports.com. In the UK, the game between Brentford and Arsenal will be on both Sky Sports Premier League and Sky Sports Main Event. Sky Go will stream the game live as well, which will be a bonus for the fans.

The game can be seen by fans in India on the Star Sports Network. It will also be available live on Hotstar. Fans can choose either option to watch the match, with the Gunners the favourites to win it.

Christian Norgaard and Ethan Pinnock won’t be able to play for the Bees, but they hope that Sergi Canos will be healthy enough to play.

Arsenal will face Brentford away from home

Josh Dasilva, who used to play for Arsenal, could start. But Thomas Frank will have to pick between him and Shandon Baptiste.

The Gunners will be happy to have Thomas Partey back on the team now that the Ghanaian has started training with them. However, Mikel Arteta has to decide if he wants to risk starting the player right away.

Still, they will miss Reiss Nelson and Mohamed Elneny, who has been out for a long time. Emile Smith Rowe and Cedric Soares are still not sure if they will play. Oleksandr Zinchenko has also injured a muscle, which could keep him out of the race.

Meanwhile, the Gunners have announced their playing XI vs Brentford

Fabio Vieira will start for Arsenal in this game.

ALSO READ: ‘He has helped me get used to this way of playing quickly’-Arsenal Player Backs Mikel Arteta For His Good Performances On The Field

Twitter reacts to this update, with the fans wanting to see what their summer signing can actually do with his first start in this crucial London derby away from home:

Big game. Not against a 'big' club but the ground atmosphere, and they'll be tough, hard opponents. If we've any title credibility, we win this 0-3. But I don't think we're there yet so a draw or narrow defeat…

he wasnt bad last time, but it's sad to not see our captain today. we must hope for Vieira to do great

As long as there’s no silly free kick routine between Vieira and Gabi, I think we’d win, albeit narrowly.

I’ll peak matt smith ahead of him

Come on Viera – show us YOU 🔴 Deliver a masterclass!!!

I thought Pepe would start

Mikel Arteta’s team has looked really impressive so far this term. They have been on top of their game and have won 6 and lost 1 game in the process. Most of the fans are backing the team and the Spaniard, though the next two fixtures will be quite crucial. Arsenal will now face Tottenham in the NLD on the 1st of October at home, followed by a battle against Merseyside outfit Liverpool.

Both teams will be a huge test for the Gunners. Also, a win is needed in both matches if Arteta and co. want to keep alive their so-called title challenge.

Share
Facebook
Twitter
Pinterest
WhatsApp
Previous article‘He Has Helped Me Get Used To This Way Of Playing Quickly’-Arsenal Player Backs Mikel Arteta For His Good Performances On The Field
Next article‘Most Single Digit Score And Most Ducks, GOAT For A Reason’-Twitter Reacts As Rohit Sharma Completes 15 Years In T20I Internationals