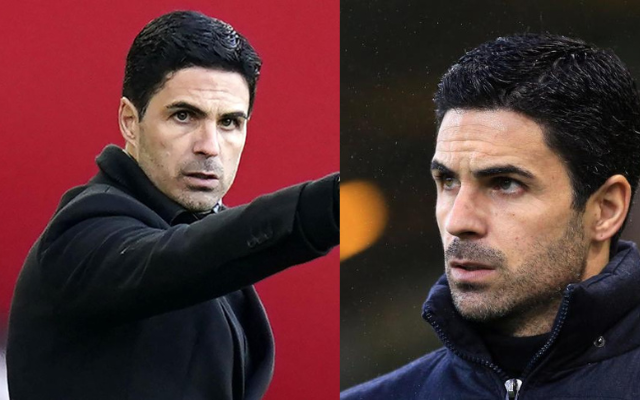 William Saliba, an Arsenal defender, said that Mikel Arteta was a big reason why he decided to stay at the Emirates this season.

So far this season, Saliba has been great for the Gunners. He has become a mainstay in Arteta’s starting XI and has played every single Premier League minute.

The Frenchman was signed by the Gunners when he was 18 years old in 2019, but he didn’t start playing for the club until three years later.

After moving to the Emirates, the highly-rated centre-back spent time on loan with Saint-Étienne, Nice, and Marseille.

But this season, he has solidified his spot at the centre of the Gunners’ defence thanks to the way he has played.

Saliba has talked about how Mikel Arteta helped him decide to stay with Arsenal this season. He has also praised the manager for having clear ideas about the game.

Arsenal News: What did William Saliba say about Mikel Arteta?

The Mirror quotes what Saliba told Canal Plus: “We talked a little bit when the season started. He liked what I did while I was on loan. He is a great coach who knows exactly what he is doing. Everything he says is easy to understand.”

He also said: “He has helped me get used to this way of playing quickly. Every day, he tells them how to improve on the field. I came back to Arsenal to make a name for myself, and it’s nice to get off to a good start, which I have.”

Saliba has said that he’s still getting better as a player and wants to get even better as he gains more experience.

He added: “Up until the game at Manchester United, we had a great start to the season. We were at first, and we want to stay that way. I didn’t play, which everyone knows. It was better for me to leave.”

He kept going: “I’m a young player, and the best way to learn is to play and make mistakes. You can’t get better if you don’t play. I liked being away for a year and a half. I came back better and with new goals.”

Saliba has come back strongly

Saliba was a promising teenager when Unai Emery signed him to Arsenal in 2019, but the fact that he was sent out on loan three times in a row made a lot of people scratch their heads.

Mikel Arteta got a lot of flak for not trusting the Frenchman, who had already played for France before he played for Arsenal for the first time. But Saliba’s performance this season shows that Arteta did the right thing when he sent the young player out on loan to play with the first team.

Saliba looks like he will be a big star in the future, and he could be the main defender for Arsenal for many years to come.

ALSO READ: ‘Put his heads down and accept the decision’-Mikel Arteta has an advice for an Arsenal star after his performances this season

Share
Facebook
Twitter
Pinterest
WhatsApp
Previous article‘Put His Heads Down And Accept The Decision’-Mikel Arteta Has An Advice For Arsenal Star After His Performances This Season
Next article‘He Wasn’t Bad Last Time, But It’s Sad To Not See Our Captain Today’-Arsenal Fans React As Fabio Vieira Starts For Arsenal Against Brentford