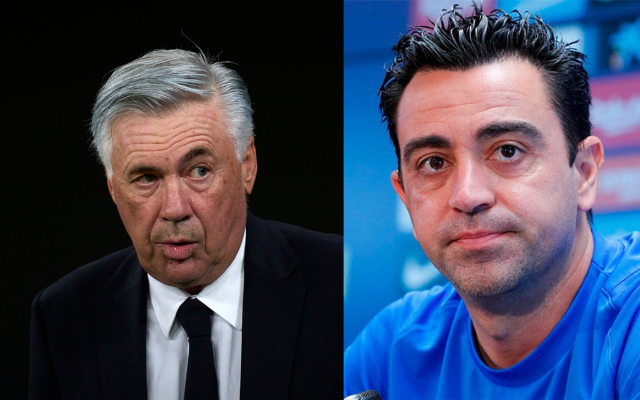 Real Madrid has been home to many Brazilian superstars. The names rank from Ronaldo Nazario to Marcelo and now budding youngsters Vinicius Junior and Rodrygo. Their sheer ability to scout and bag such talented players is a boon. Vinicius Junior has left his impact with three seasons and shows his build for more stunning performances in the future. Rodrygo is now a regular starter for Los Blancos with his heroic exploits in the Champions League last season.

It would come as a shock to many for a Brazilian to pip Real Madrid for any other club. This news is much more than a shock as a highly rated young talent is set to choose Barcelona over the Great Whites. According to SPORT, Palmeiras star Endrick and his representatives have met Barca associates in Catalonia.

The 16-year-old striker is on the shortlist for many clubs across Europe. However, the Blaugrana seems way ahead of others to pursue the signature for Endrick. It does not come as a surprise with Barcelona’s La Masia being a hub for many future talents. Endrick can develop his gameplay and his skill set to feature in the first team in a gap of a few years.

Endrick left his impact on the Copinha 2022, a youth talent championship in Brazil. He left everyone struck in awe with his goal-scoring abilities. The then 15-year-old even finished as the best player in the tournament. His prolific performances turned the heads of the scouts from different regions.

Players like Endrick are an asset for the future if they are to shine like Vinicius and Rodrygo. It will cost a fortune after the youngster shows his growing potential in European football. Hence, Chelsea and Liverpool are also in the race to sign him.

Xavi Hernandez has clearly shown his intent towards the player. Bringing in a new striker at a tender age is simply a strategy to back up Lewandowski as he goes past his prime. Aubameyang left Barcelona for Chelsea this season and it is quite understandable for the Spaniard gaffer to invest in such exciting talents.

Real Madrid: One more lost battle in the transfer mess

Endrick has been already called up for the first team at Palmeiras but has not started yet. He can only leave Brazil after he turns 18 years old. Barcelona has held potential talks of signing him after his probation period with a contract period of 3 years. The deal also includes a 32 million euros release clause as per reports.

Real Madrid may count themselves out if the Catalan club has agreed on terms with the whizkid. Endrick could shine with instant impact on his arrival on the scene in 2024. Also, Barcelona needs to frame the contract such that it does not interfere with his current campaign.

Real Madrid seems short-handed in their shortlist in the transfer window. Strikers Luka Jovic and Mariano Diaz did not flourish at the Santiago Bernabeu. There is no proper number 9 to fill in the boots for Karim Benzema. The French star is aging but like fine wine. However, his retirement can not be ruled out in near future.