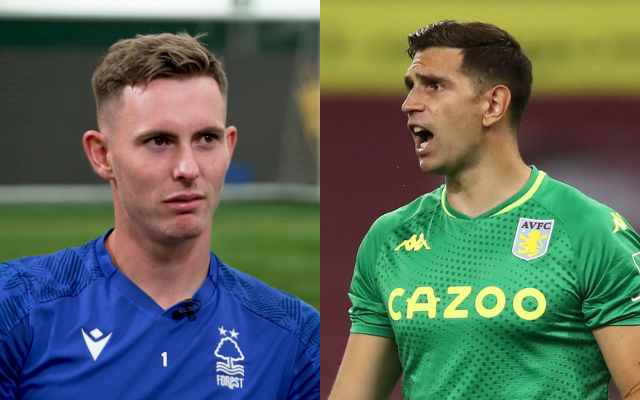 Premier League is among the most popular football leagues in the world. It has been home to some of the most talented players to ever grace the field. Being a goalkeeper is one of the hardest things in football. They usually do not get the credit that they deserve, but a single mistake from them is likely to grab more headlines than the match-deciding saves they make.

Emiliano Martinez has established himself as among the most talented goalkeepers in the Premier League since joining Aston Villa from Arsenal in the summer window of 2020. The Argentina international has played 81 league games for the Birmingham outfit so far and was named the Club’s Player of the Season during 2020-21. Martinez has registered 22 saves in seven Premier League appearances thus far this season. His form will be key for the Villians as they look to finish in the PL’s top half this season.

The 30-year-old goalkeeper is also a vital member of the Argentina national team. He has represented his nation 17 times since making his debut in 2021. He is likely to be La Albiceleste’s first-choice goalkeeper in Qatar.

Share
Facebook
Twitter
Pinterest
WhatsApp
Previous articleJarrod Bowen Has His Priorities Sorted As He Chooses To Play Fifa 23 Over Spending Time With His Girlfriend
Next articleNot The Complete Truth; Facts About The Incident In Indonesian Football Revealed