“This Is Not Just a Rivalry, They Always Give Barca the Worst Times”, Internet Reacts as Bayern Munich Have Now Won Six Straight Matches Against Barcelona With a Combined Score of 22-4 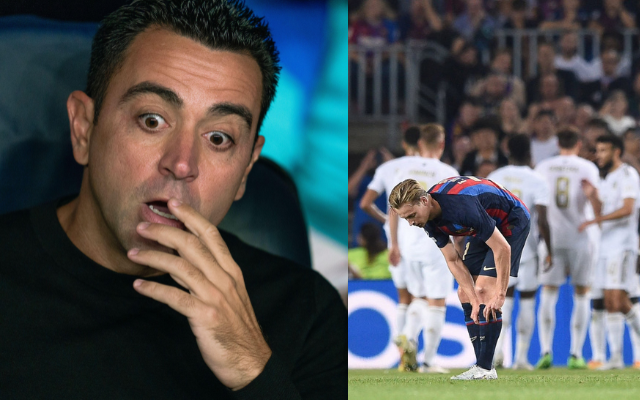 After the Nerrazurri’s win, the Blaugranas were set to play in the Europa League. Bayern Munich had already won the group. So, the outcome in Catalonia was not very important.

Still, people thought that Xavi’s team would play for pride and try to get even with the Bavarians that night. But what happened next was a series of things that all went wrong.

On the night in question, Xavi’s lineup was awfully thought out. When the team played one of the best teams in Europe, the manager put Hector Bellerin, Jules Kounde, Marcos Alonso, and Alex Balde in the back four.

In the middle of the field, he replaced Gavi with Franck Kessie and added Frenkie de Jong, Pedri, and Sergio Busquets. The starting lineup was finished off by Robert Lewandowski and Ousmane Dembele.

From the first whistle, it looked like Barcelona’s car had a loose tyre. The Azulgranas didn’t seem to have any motivation at all. Their lack of energy was clear.

Ten minutes into the game, Sadio Mane scored for the away team to give them the lead. The goal was scored when Serge Gnabry found Mane inside the Catalan box during a quick counterattack.

Ter Stegen made a brave run at the forward. But the former Liverpool player kept his cool and put the ball into the net with a delicate chip.

Even though Barcelona was down by a goal, the game didn’t feel important. The defence was still worrisomely weak, and a part of the midfield didn’t exist. It wasn’t a surprise that the visitors scored the second goal of the game.

In the 31st minute, Gnabry dribbled through the Barcelona defence and passed the ball to Eric Maxim Chuopo Moting. Moting only needed one touch to finish cleanly through ter Stegen’s legs.

In the 44th minute, Matthijs de Ligt brought down Lewandowski in the box. This was the next big thing to happen in the half. VAR confirmed that the Dutch player touched the ball before the penalty was called. The referee quickly changed his mind, and the hosts were back where they started.

Barcelona started the second half with more drive. In the first few minutes, they had a few half-chances to score. Lewandowski and Busquets both had chances to score, but neither of them was able to do so.

Gnabry scored Bayern’s third goal with a beautiful curling shot from the left side. But the goal was called back because Gnabry was out of position. After a few minutes, Xavi took Busquets and Pedri off the field and put in Ferran Torres and Raphinha.

Just as it looked like the home team’s attack was picking up speed, the manager made two more changes. Dembele and Kounde were replaced by Ansu Fati and Eric Garcia in the 66th minute.

What’s next for the Blaugrana?

At the 70-minute mark, the home team showed some promise and a desire to attack. But they were not good enough to pull one back.

The closest they got was when Ansu Fati made a great run through the Bavarian defence and then took a bad shot. Lewy was replaced by Pablo Torre in the 82nd minute, which was Xavi’s last change of the night. Lewy tried to take the lead, but it was too late.

To add insult to injury, Bayern Munich scored a third goal in the last few seconds of extra time to completely shock the Catalans. Serge Gnabry’s miss-hit shot from a corner fell to Benjamin Pavard, who put it in to make it 3-0.

Barcelona’s bad record against Bayern continued. Now they need to find a way to get back on track to try to save what’s left of their season.

Before starting their Europa League season, the Blaugranas have one more UCL game against Viktoria Plzen. Xavi’s leadership will be called into question, and rightly so, because of this result.

Barcalona have their kits ready for who Madrid match next 😂 pic.twitter.com/RAVepSPSDo

In 2021, Barcelona didn't score against Bayern, finished 3rd in their group and got sent to the UEL

Since then, they pulled 6 levers, won 2 Kopa Trophies, and signed Bayern's best striker

In 2022, Barcelona didn't score against Bayern, finished 3rd in their group and play UEL.

Xavi is not the same since he joined Barcelona as a coach pic.twitter.com/EdO8Wg0sji

It was bound to happen pic.twitter.com/GIhzUb4m57

It is not easy pic.twitter.com/dhB2GzmWci

Are you talking about this pic.twitter.com/ycCfyd6uuO

Share
Facebook
Twitter
Pinterest
WhatsApp
Previous article“Shambolic Defence Topped By Sergio Busquets”, Fans React as Barcelona Suffer Yet Again at the Hands of Bayern Munich
Next article“What A Shot That Was! Virat Kohli Is Just A Freak”, Internet Reacts As Virat Kohli’s Six Over Covers Surprised Even Himself