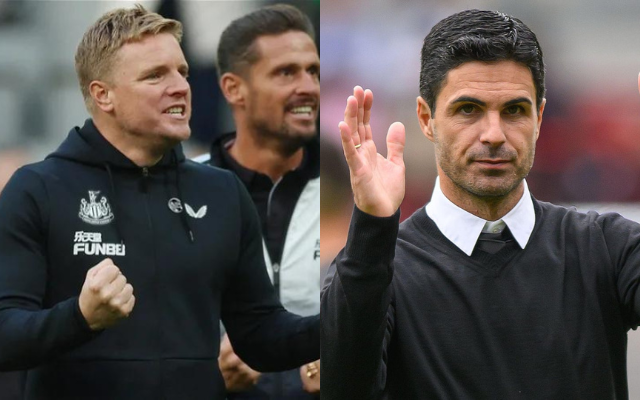 William Carvalho is a 30-year-old midfielder who could be looked at by Arsenal and Newcastle United. Real Betis is ready to sell the 30-year-old player

Fichajes says that Arsenal and Newcastle United could be interested in William Carvalho in January. Real Betis wants to get its finances in order, so the 30-year-old midfielder could be put up for sale. So, the long-awaited move to the Premier League could happen for the Portuguese national team player.

Since he was in his early 20s, William Carvalho has been linked to Premier League clubs. The midfielder, who is 30 years old, is now being talked about as a possible move in January. And reports say that Arsenal and Newcastle United are interested in him.

The Real Betis midfielder is having some of the best times of his career right now. This could lead to his long-awaited move to England. Even though the 30-year-old midfielder signed a new deal in September, the Spanish club could decide to sell him if they want to get rid of him.

Betis has money problems and has been thinking for a long time about selling a few players to make ends meet. They could look at offers for Nabil Fekir. If a good one comes in for Carvalho, he could join the Frenchman.

ALSO READ: Arsenal Give Sponsors The Latest Update On The Future Of Bukayo Saka

The report says that Arsenal could be interested. The Gunners are looking to replace Thomas Partey with a new defensive midfielder. Mikel Arteta is considering Danilo. But the 21-year-old will need time to get used to his new surroundings.

The Gunners are still in first place in the Premier League. So a challenge for the title could pick up speed after January. Arteta is thinking about making important signings during the winter transfer window. Carvalho’s experience could help them in the fight.

Newcastle United could also try to get him. The Magpies are also looking for a midfielder with a lot of experience to help them in their quest. Eddie Howe knows that the club has a good chance to finish fourth or even compete with Arsenal and Manchester City for the title.

The Magpies could bring in key players without having to spend a lot of money. If Carvalho gets a good offer, there could be a battle to get him. Betis will entertain decent proposals. But it’s not clear that either club would make the 30-year-old midfielder their top priority.

Carvalho could be a backup plan for either of them if they can’t reach a deal on their main goals. The international player from Portugal has a lot of experience and could help those teams. But he doesn’t fit into their plans for the long term. So it’s more likely that the Premier League won’t pick him.