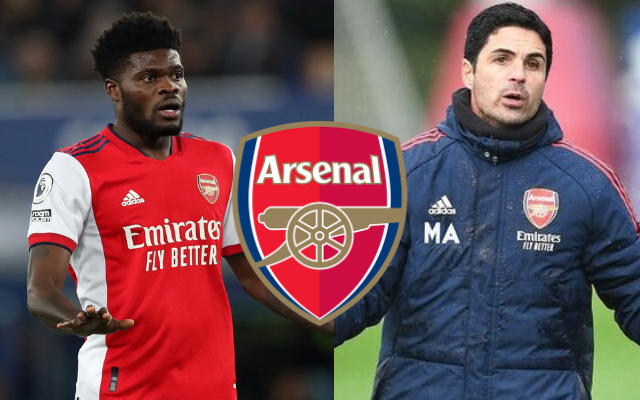 Arsenal is considering bringing AC Milan midfielder Ismael Bennacer back to the Emirates. A surprise player-plus-cash deal could include Thomas Partey

Arsenal is making plans to sign Ismael Bennacer, a central midfielder for AC Milan before the January transfer window opens. Calciomercatoweb, an Italian news site, says that the Gunners are ready to offer €20 million in cash plus the cost of Thomas Partey, who would essentially replace Bennacer.

It would cost about €55 million for the whole package. The report also says that the bid from Arsenal might not be enough to convince Milan to sell. Milan will say “categorically no” to any bid of “less than €60 million in cash”. They will not consider any bids below that amount, according to the report.

Between 2015 and 2017, Bennacer was a rising star in Arsenal’s youth program. However, he was sold to Empoli for less than £1 million in August 2017 after only making one appearance for the Gunners at the senior level.

Will Ismael Bennacer move to the Emirates?

The North London club has since come to regret their decision, as Bennacer’s great play led to a £14 million move to Milan two years later, where he has become a key player for the Rossoneri.

During his three-and-a-half-year stay so far, the 24-year-old has played in 126 games for the club in all competitions. This includes 31 games in Serie A during the 2021-22 season when the team won the title. He was a key part of a very effective midfield with Franck Kessie and Sandro Tonali.

He has also had a good start to this season, scoring one goal and setting up another in 15 Serie A games. The midfielder is signed to San Siro until 2024. But a report says that he will put off any new contract talks if the Gunners’ interest grows.

Mikel Arteta, the manager of Arsenal, wanted to fill a spot in central midfield that was still open after a five-star summer window. Calciomercatoweb says that Arteta is thinking about making a move for his old teammate and that the Gunners will make a formal offer in the coming months.

The Arsenal manager wants a new midfielder who is both creative and good at defence. Youri Tielemans, who plays for Leicester, is still being linked to the club. Bennacer fits the profile perfectly because he is good at avoiding pressure and dribbling a lot. He is also very good in tight spaces and a master at moving the ball up the field with crazy runs.

Still, this transfer swap deal is very unlikely to happen and doesn’t seem to be based on anything real. First of all, Milan would be reluctant to let the player go after Kessie was given a free transfer to Barcelona last summer.

The swap deal being proposed is also a joke. It wouldn’t make sense for the Gunners to let Partey go and then spend about €60 million on another midfielder to replace him.

Partey has become an important player and a must-start for Arsenal. He has had problems with injuries in recent years. He and Granit Xhaka work well together. It is a big part of why Arsenal is at the top of the Premier League this season. They could get by with a different midfielder, but it seems unlikely that they will give up on Partey soon.

ALSO READ: €60M Rated Signing Ready To Move To Arsenal In January Or In The Summer