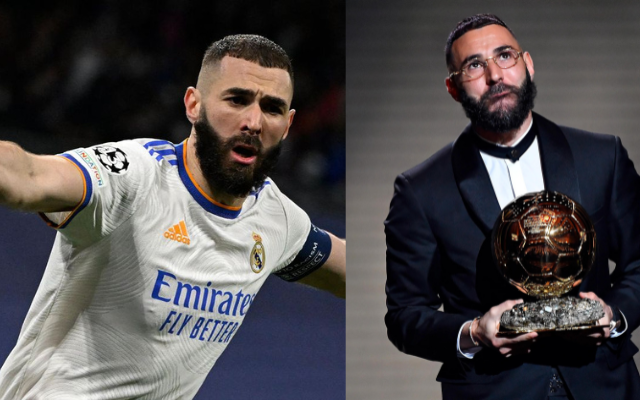 Karim Benzema helped Real Madrid lift La Liga and the UEFA Champions League last season. He netted 44 goals and assisted 15 in his 46 appearances for the Los Blancos in all competitions. His stellar performances led the Frenchman to his Balon D’Or win in 2022. However, his fitness issues have been troubling this season.

The 34-year-old could only feature in 12 matches in this edition of La Liga. He even missed the FIFA World Cup owing to his injury problems. Madrid boss Carlo Ancelotti is keeping tabs on the striker and citing his injury-prone stint. Also, the veteran may step down in his prime and Los Blancos need to be prepared to replace the attacker.

Real Madrid considering Harry Kane as a replacement for Benzema

Real Madrid has a pretty good shortlist with Yousouffa Moukoko, Rafael Leao, and Timo Werner. Nevertheless, the player who consistently comes up when Madrid needs to bring in a striker is Harry Kane. The England International and Tottenham Hotspur captain has a goal-scoring spree every season in the English Premier League.

It is unfortunate that a player of his caliber has not won any major trophy in his career. The player has his contract running down in 2024. There is a high possibility that Kane may leave the London Stadium for greener pastures. As per Fichajes, it is quite understandable if Real Madrid comes calling, Harry Kane will definitely join the Los Blancos.

This season Kane has already scored 13 goals and assisted about 3 in 22 games for Tottenham. Antonio Conte will try to hold on to his first-team striker but it will depend on how the manager impresses with the London outfit this season.

Harry Kane is a long-term target for Real Madrid. Perez tried to win a bidding war and sign the striker during his previous contract renewal but failed. Kane realizes it is the right opportunity to shine in the white shirt of Madrid.

It will not be easy for Real Madrid to snap up the striker this time as well. German giants Bayern Munich is also in the race for the Tottenham striker. The Bavarians lost their finisher Robert Lewandowski to Barcelona in the summer transfer window and are venturing into the market for a suitable substitute.

Their haul of Sadio Mane was strategic and efficient. However, Oliver Kahn understands they need a prolific finisher and a fox in the box. Harry Kane fits the profile quite well and Bayern may pursue his signature during the winter transfer window.

Bayern Munich manager Julian Nagelsmann is eager to bring in Harry Kane but Daniel Levy is a tough nut to crack. He will definitely not be reluctant to let his best player leave. He did lure Kane into staying and not joining Manchester City back in 2021.

He might follow up with his antics but Perez will be aware as well. Real Madrid and Bayern Munich will fight themselves out in a bidding war for the English striker. Also, it depends on Harry Kane if he wants to run down his current contract and leave the club for free.

Share
Facebook
Twitter
Pinterest
WhatsApp
Previous article“I Will Leave For PSG”, Arsenal Star To Leave For PSG At The End Of The Season?
Next article“Tell The World, That He Is Coming”, WATCH As Arsenal Target Gives A ‘HINT’ About His Confirmed Move To Arsenal In January