The iconic bat-flip simply goes hand in hand with Australia’s premier T20 competition – Big Bash League. However, unlike the coin – that never delivers any result by standing on its edge – the bat, with its breadth, can give away neutral results at times. On Thursday, with Perth Scorchers and Brisbane Heat locking horns in the qualifiers with a position in the BBL 10 finals at stake, the bat refused to give away a clear toss result two times. It was the third time that the flip went in favor of Brisbane skipper Chris Lynn, who then chose to field first.

Replying to this tweet, Aussie opener Mat Renshaw wrote, “Should be able to call sides and if you win you get to bowl one less over if it lands on anything else you lose the flip…”

However, some users criticized the Big Bash authorities, demanding the use of a coin. Some also said that this incident is not unprecedented and has become a frequent occurring. One went on to say that the bat flips are rigged.

Here are some reactions of the fans to this Big Bash League moment that went viral on Twitter:

“Why do not they just use a coin instead?

It is really more convenient, to be honest.”

“Unprecedented? Did not this happen two weeks ago in a Renegades game?

🤔 almost as though the bats are weighted to ensure a predetermined outcome, and this ones weight was accidentally a little off centre 🧐🧐🧐 #riggedbashleague pic.twitter.com/BwBM1k5lgs

Lineups and X-factor subs for the match between Perth Scorchers and Brisbane Heat:

The Scorchers started without Jason Roy, a seemingly big blow for Mitchell Marsh and company. 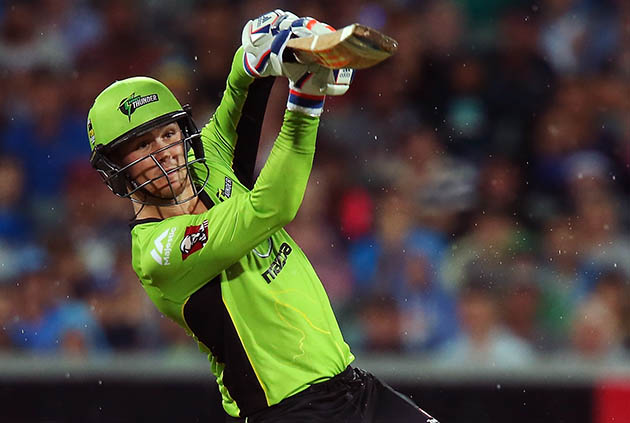 For the Brisbane Heat, Morne Morkel started on the bench.

The Scorchers started the knockout game with a bang, Liam Livingston and Cameron Bancroft taking the bowlers for a tour outside the fence. The duo put on a 114 run opening stand in 11.1 overs. Mitchell Marsh promoted himself and saw the score boost to 189 by the start of the 19th overs before rain interrupted the game.

What Went Wrong For Team India At Southampton, Analysis Of The...