According to the latest reports, Premier League giants Arsenal and Manchester United are in the hunt to sign Lille winger Nicolas Pepe in the summer transfer window. Pepe has been catching the eye of many top clubs across the European continent and Lille has demanded a price of €80m (£68.8m) and above if any of these European superpowers want their prized asset.

Manchester United fans will be glad at the way things have turned out ever since Ole Gunnar Solskjaer has taken charge of the club since December. Former United boss Jose Mourinho had instilled his defensive tactics into the players and there was hardly any desire to go out and enjoy themselves. The ‘Special One’ was on the ropes facing the sack early on in the season slipping well off the pace set by leaders. With dire football and no results to back the tactics the writing was on the wall for Mourinho and fierce rivals Liverpool hammered the final nail in the coffin for the 56-year-old Portuguese manager in December.

However, since Mourinho’s departure, there has been only an upward trajectory at Old Trafford as Solskjaer has brought back those lost smiles. The Norwegian was hired to stabilize the club until the end of the season but he has exceeded expectations so far. In his first 16 games in charge of United, Solskjaer has suffered just one defeat and turned the club into heavy-duty contenders to qualify for the Champions League next season.  Solskjaer is in line to get the job on a permanent basis in the summer and he will then have to start deciding the players that he wants.

Arsenal boss Unai Emery is also looking to build on his squad in the summer. The Gunners currently sit in fifth place on the Premier League table and are likely to compete against United for a Champions League berth. The two English clubs are looking to sign a top class winger who can provide width on the pitch and also add goals and assists. 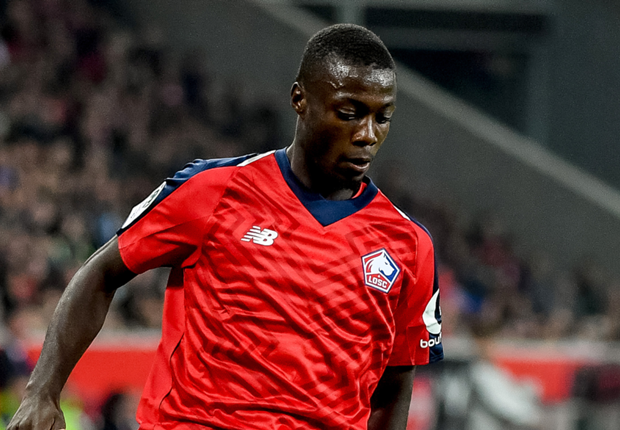 Arsenal and United are now in the race to sign Lille forward Nicolas Pepe who is blazing the trail in the French league. The 23-year-old sensation has already scored 18 goals and notched up eight assists across all competitions helping Lille to 2nd place on the Ligue 1 table. Lille president Gerard Lopez has also stated that the club will not allow Pepe to leave the club at a cut cost price.

While speaking to news outlet Canal Plus that there have been offers worth €50m that the club have rejected and also offers from China came in worth €80m. Despite that, Pepe didn’t want to play his football away in the far east and Lopez said, “That does not just depend on the club. It also depends on the player. He deserves to play at the highest level. We have offers yes. In England, there are clubs. We have had offers worth €50m. We will not sell for less, we have even refused a €50m bid. We had an offer from China worth €80m with an astronomical salary, but he didn’t want to go.”

Reasons Why Arsenal Should Win The Europa League In This Season