Former Gunner Alan Smith has revealed that he is concerned about whether Spanish midfielder Denis Suarez has the quality to play at Arsenal Football Club. Suarez joined Premier League giants Arsenal on transfer deadline day on loan from La Liga champions Barcelona and will be hoping to make an impression at his new club.

Arsenal currently sits in sixth place on the Premier League table and are in the hunt for a top-four spot as local rivals Chelsea, Tottenham Hotspur, and even Manchester United are all in the mix. Under new boss Unai Emery, Arsenal have shown signs of improvement in some phases as they went on a 22 game unbeaten streak across all competitions only to for some recent poor outings to dent their progress. The London giants faced a tough test on Sunday when they traveled to the City of Manchester to face Pep Guardiola’s champions.

Emery stated earlier last month that Arsenal would only be able to sign players on loan deals and the Gunners made only one signing on transfer deadline day as Barcelona midfielder Denis Suarez arrived at the Emirates. The Spanish midfielder was considered surplus to requirements at La Liga club Barcelona and was looking for regular football elsewhere.

Suarez had worked with Arsenal boss Unai Emery in the past and the duo could work well together at the North London club. At Barcelona, Suarez has just made eight appearances altogether this season in all competitions and has scored only two goals. But with the overload of top quality players at Barcelona, it is bound to be difficult for Suarez to notch up a regular starting berth. A move to Arsenal would be ideal for almost all three parties; Barcelona and Suarez as well as Arsenal.

Arsenal can reap the benefits from Suarez’ midfield abilities as the 25-year-old can play those penetrative passes in the attacking third and also add goals from the center of the park. Suarez has the experience of winning the La Liga with the Catalonian giants as well as two Copa Del Rey’s. 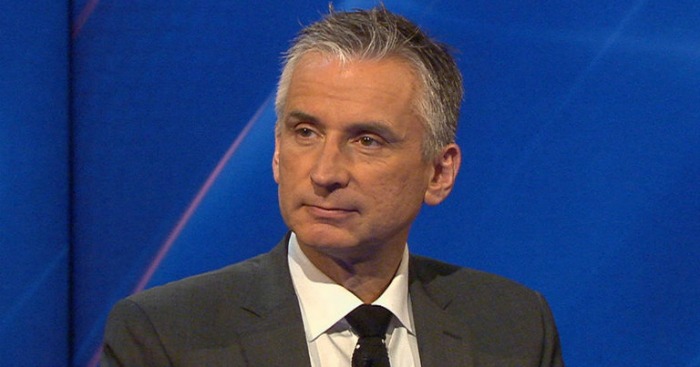 There will be a buzz around the Emirates as Suarez playing alongside Mesut Ozil, Lucas Torreira and Granit Xhaka would be a mouthwatering prospect. However, former Gunner Alan Smith, who played as a striker making 264 appearances and notching up 86 goals in the process is a bit concerned about the quality of Suarez and whether he would fit in as a player at Arsenal although he can improve.

In a recent talk with the Sun, the 56-year-old Smith said, “Arsenal fans would have loved to have seen a little bit more business, but they did manage to bring in Denis Suarez. How much will he play though as you imagine he may be a bit of a squad player? Unai Emery knows him from Sevilla, he is versatile, while another young lad in Smith Rowe has gone out to Germany to get some game time. I do not think Emery would have given up on him and it will be good for his education, so hopefully, he can come back a better player.”