Latest Arsenal signing David Luiz has explained that the players at the Emirates Stadium should be open to receiving and accepting any sort of criticism that comes their way following a 2-2 draw against fierce North London rivals Tottenham Hostpur in the Premier League. The Gunners fought back hard in the second half to earn a point but defensive lapses in the first period are what pushed Arsenal on the back foot.

Unai Emery had quite a mixed bag in his first season with Arsenal in the Premier League as he helped the club finish in fifth place in the table. The Spanish manager succeeded the legendary Arsene Wenger at the Emirates Stadium after the Frenchman spent 22 long years serving Arsenal. But Emery also took Arsenal to the Europa League final last term and had the chance to qualify for the Champions League if they beat Chelsea in that competition. However, the West London side managed to beat their local London rivals 4-1 and that indicated that there is plenty of work to be done for Arsenal in the next few seasons.

Arsenal had one of the best summer transfer windows in the Premier League as they managed to swoop in for Nicolas Pepe from Lille in a record-breaking deal worth €79 million, Dani Ceballos from Real Madrid on a loan deal, left-back Kieran Tierney from Celtic and David Luiz from Chelsea.

The new season began quite well for Arsenal as they won two in two but were handed a pasting by Liverpool at Anfield in a 3-1 win for the Reds. David Luiz was at the heart of a few errors against Jurgen Klopp’s team and received some criticism for the mistakes despite his experience. 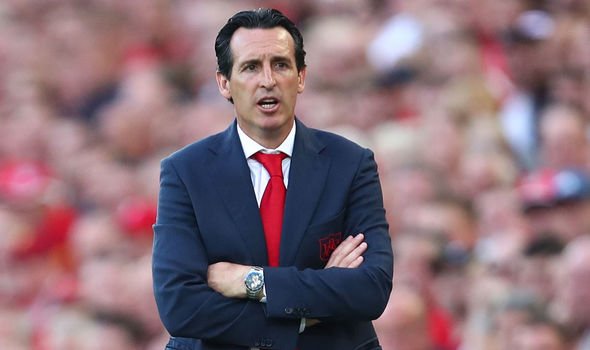 This weekend Arsenal hosted their most hated rivals Tottenham Hotspur at the Emirates and the game finished 2-2 as Arsenal clawed their way back from a two-goal deficit. Christian Eriksen pus the visiting team in front and Harry Kane doubled Tottenham’s lead from the penalty spot. Just before half time, some individual brilliance from Alexandre Lacazette got Arsenal back into the game and Pierre Emerick Aubameyang scored an equalizer in the second half for Arsenal to share the spoils with Spurs.

The Gunners have seven points out of a possible 12 so far after four games played in the Premier League which is not a bad return but it seems that Emery has not been able to sort out the team’s defense as it has come under heavy criticism over the past few weeks. Brazilian centre-back David Luiz has explained that the Arsenal players should take the criticism in a positive manner, “I think [the criticism] is normal, in my all my career it has been like that, especially when you are a defender ‘Strikers never lose games unless if they miss a penalty in the last minute, this is football. The defenders have to take responsibility and take [criticism] in a good way, in a humble way. We need to understand when we make a mistake and say that.”

Spain Vs England : Talking Points Of Spain’s First Win In...