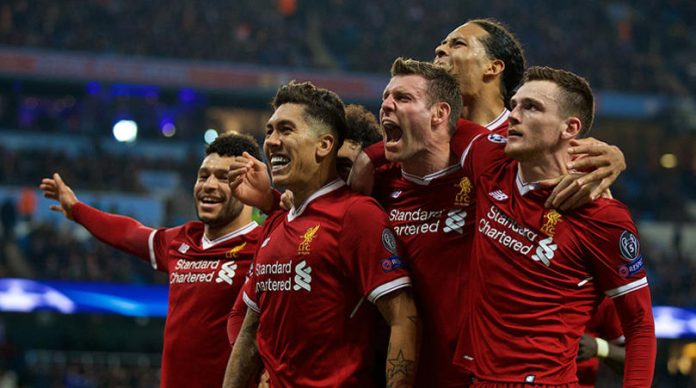 The Reds captain Jordan Henderson has recently signed a five-year contract extension which will keep the midfielder at Anfield till the summer of 2023. Henderson announced that he committed his future to the Merseyside club after seven seasons with Liverpool and admitted that he wants to stay put at the club for as long as possible.

Having taken over the captain’s armband from Liverpool legend Steven Gerrard back in 2014, Jordan Henderson has received heavy criticism for not living up to the name of the former England captain. But Liverpool boss Jurgen Klopp believes that the 28-year-old midfielder is a vital part to his club’s engine and his presence on and off the pitch is crucial for Liverpool to win trophies and has full faith in Henderson after prolonging his career with the Premier League giants.

Henderson arrived at Liverpool back in 2011 from Sunderland and was one of the first few signings for Roy Hodgson when the manager was at Liverpool. Since then the Englishman has gone on to make 284 appearances for the club scoring 24 goals in the process. The combative midfielder has grown in stature and has become one of the leaders on the pitch for Liverpool after filling in Gerrard’s boots.

Having just turned 28 in June, Henderson helped his country reach the semi-finals of the FIFA World Cup in 2018 in Russia starring for the Three Lions but his side was eliminated by Croatia. With 44 appearances at an international level, Henderson will be looking to put that experience to good use at club level in order to help Liverpool progress this season and in the near future.

Just after putting pen to paper on his new contract extension, Henderson spoke with Liverpoolfc.com and revealed how proud and happy he was signing a new deal, Henderson stated that it felt like he joined the club only yesterday but he has cherished every moment of his Liverpool career, “I am very happy to have signed a new contract for a long period of time. I am absolutely delighted. It doesn’t seem like too long ago when I signed my first one – it feels like yesterday, really – but a lot has happened since then. I feel it is been a progressive journey for me throughout my time here and one I have enjoyed so much. There is no other place in the world I would rather play football. I want to be here for as long as I can be. I’m so privileged to have been a part of this club for so long and hopefully even longer now.”

Henderson’s starting berth was in jeopardy after the signings Liverpool made in the summer with Fabinho and Naby Keita but this contract proves that the club and Jurgen Klopp still want him to around the club. I feel that Henderson can be used in crucial games as his intensity and energy on the pitch can be used to rally his teammates.

James Milner is a work-horse and has already proven his worth this term so far, becoming the first choice for the German manager. It will now take something really special from Henderson to displace this top star from the first team, as both the former Manchester City man and Keita have really impressed.

The one positive for Henderson is that Fabinho has not yet settled in the team and is taking longer than expected. Otherwise, things would have been worse for the holding midfield player, who would have found it tough to get any sort of consistent game time in this team.

Honestly, don’t feel that this is the same Henderson from a few years ago, who was one of the hottest prospects in England and wanted by the likes of Barcelona. His aggressiveness and vision are not the same. He has become rather cautious and plays with a lack of ambition at times. He was the same for England at the World Cup as well and a better individual performance by him might have made all the difference in the narrow loss to Croatia, where the team was clearly complacent.