After the Messi deal to PSG was done, the world thought that it had its biggest story of the summer. However, Real Madrid was just not ready to give up on one of their targets just yet. With the appointment of a new boss, Carlo Ancelotti, the former La Liga and European Champions were keen to sign a French World Cup winner, Kylian Mbappe.

The forward has been a long-term target for the Madrid-based side, who have been keen to sign. The fans are eager to have him at the Bernabeu as well. That is, as they look to rebuild their squad to be fearsome again. For that purpose, they want to add the world-class player to be tied down to a contract soon.

What Did Carlo Ancelotti Say About The Transfer Of Kylian Mbappe To Real Madrid?

While the club and the fans are obsessing about the signing of Kylian Mbappe this summer, manager Carlo Ancelotti isn’t really bothered about it. He was recently asked to talk on the matter at a press conference. He seemed rather calm about the whole matter. There did not seem to be any real obsession about the deal.

Ancelotti was asked for his views on the deal, he said, “I do not know if he will arrive. Do not care what will happen. I have a very good and very strong squad. They give me a lot of happiness. I am focused on that. Let us wait these ten days. Am now focused on the team that I have.”

Well, there are some really high-quality players in the team as of them. They can get a job done and help Real Madrid produce results, winning titles. The only thing is to get them working together as a strong unit. Carlo Ancelotti can surely make that happen.

Leaving Everton For Real Madrid The Right Call For The Italian Manager?

Though the financial situation of the club from Spain is not the best, that is the situation of clubs across the country. Two of the top clubs in the world of football right now are in really bad shape. They were both pushing for the European Super League (ESL) for this reason. 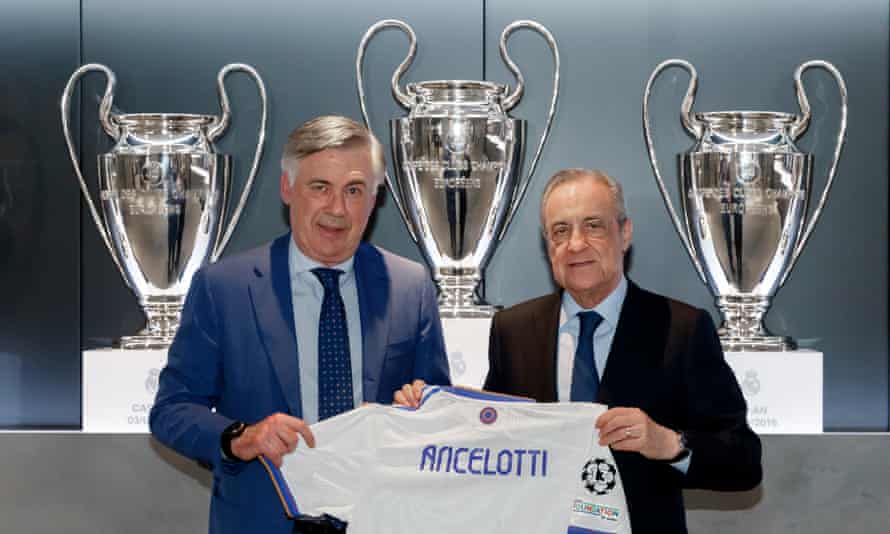 Despite that, things did not materialize for them. They will want to keep working on improving the financial situation of the club. Some big names have been already allowed to leave the Bernabeu. With that being said, the time to rebuild is now. For this purpose, Carlo Ancelotti was signed from Everton, where he was part of a long-term project and had just finished his first year at the club.

The fans of the Merseyside outfit would not have been pleased that he left them. Despite that, getting a call from a club like Real Madrid is a big thing. It is always hard to refuse. The Toffees have signed Rafa Benitez as his replacement and are moving forward. The Spaniard is also a really good manager and can get things done. Hopefully, he gets them competing for some titles with the right backing.

Breaking- Arsenal To Line Up Move For Real Madrid Superstar To...