Former Arsenal & Atletico Madrid striker Jose Antonio Reyes died at the age of 35 as he met with an accident today. The striker who was an intergal part of the “Invincibles” which won the Premier league in 2004 under Arsene Wenger passed away in the most unfortunate ways. His former club Sevilla, where he enjoyed a ton of success, were the first to deliver the news and condolences to his nearest ones.

The Spanish club tweeted: “We could not be confirming worse news. Beloved Sevilla star Jose Antonio Reyes has died in a traffic collision. Rest in peace.”
One of his previous club Espanyol also presented a heartfelt message, “From RCD Espanyol we wish to express our heartfelt condolences and send all our support to the family and to those at Sevilla.” 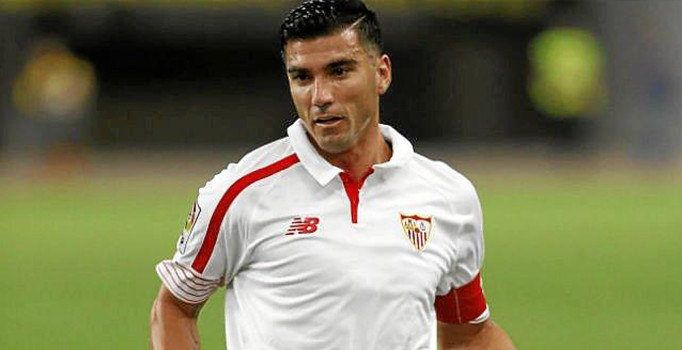 Reyes was bought by Arsenal in the January transfer window from his childhood club at Seville in 2004 by dragging interest of Wenger. Born on 1st September 1983, the Spanish forward enjoyed a successful tenure at the club going a full season unbeaten with the likes of Thierry Henry & Denis Bergkamp playing alongside him, making his debut against City in February of the same year. He managed to pop up with important goals as his first season at the club was gradually felt. His goals against Chelsea in the FA Cup or scoring towards the last of that incredible campaign showed the promises he brought with him. He started the next season of his Arsenal career in a stunning fashion scoring in each of the first six of the game. However, inconsistencies piled up & overall that led to a poor individual season for him.
Although he featured in the first team almost regularly in the Gunner’s Champions league campaign of 2006, his homesickness took a toll on him as he began to push for a return to his homeland. Arsenal reached the finals of the Champions league for the first time but lost to Barcelona 2-1, Reyes came on a substitute in that game. Eventually his form slump down that allowed him to go out on loan at Real Madrid, because of his homesickness issues. Therefore, at Arsenal, he managed to score only 23 goals in 110 appearances for the club.
He found success at Spain too, winning the La Liga title with Real Madrid in that loan spell but his unwillingness to play for Arsenal further let him seal a permanent move to Atletico Madrid. There he won back to back Europa league titles, taken as the club’s glory days, before returning to Sevilla in 2012. There he enjoyed another gigantic feet of winning the competition three consecutive times, five in total in his career.
Reyes left Sevilla in 2016 & spells at Espayonol and Cordova FC followed. His last club was Extremadura FC and he had also played for the national side. He had travelled the world during his time as a footballer and Cesc Fabregas had this emotional message for his beloved buddy.

No words will be enough to console the ones who are in pain right now, though they hopefully recover soon and can cope with this loss. The world of football has lost a bright star today, one who could have done way more beyond the pitch as a player.
He could have possible been a great manager or a coach or more, though now we will never know. We will just not know. Rest In Peace Reyes!!