The 22-year-old Jamaican international, Leon Bailey is one of the top talents in Europe at the moment and currently has three years left on his contract at the Bundesliga club. The Blues will have to spend around £85m for his signature, as they look to replace Willian and Pedro. Bailey has five goals and one assist to his name so far this season in all competition.

Chelsea was banned in last summer’s transfer window and it was lifted before January but the blues did not sign any player in the winter transfer window. Frank Lampard has given eight youngsters from the Chelsea academy a Premier League debut so far in this season and has built the team with full of young talents such as Tammy Abraham, Mason Mount, Fikayo Tomori, Reece James etc. Veteran players like Willian and Pedro are running out of contract in the summer and the blues are looking to find their replacement.

Willian recently wrote a column in The Player’s Tribune that he is more than happy in London and has a special attachment to this club for playing for almost seven seasons. His wife and family are happy and wants to stay in London. If Chelsea doesn’t give Willian a new contract, he might be joining their London-based rivals Arsenal or Tottenham.

A move to Spurs could help him complete a reunion with his former manager Jose Mourinho, who has always admired him as a player. Willian was a regular for Jose in his second spell at Chelsea and he is Jose’s kind of a player without a doubt. With Tottenham struggling to find more outlets for regular goals, the Brazilian could be an asset for the Portuguese boss.

Hakim Ziyech from Ajax has been bought in a £36m deal, who will be joining them next season. With some senior attacking players are likely to leave, Chelsea could be an ideal club for Bailey to make his next step. 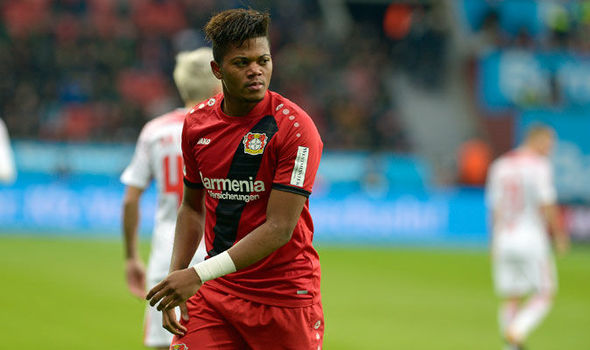 Leon started his career in Belgium. He played for Genk and then moved to Germany to join Leverkusen three years back. There he has become a star with his outstanding skills and attacking threat. He has already have made over 100 appearances for the club and Leverkusen will like to sell him to a Premier League club rather to Bayern Munich who have also been much interested to sign the Jamaican.

Chelsea will give Lampard around £200m transfer kitty to boost their squad next summer. Defence and attack has been a worry for Chelsea for this season as they have struggled to keep clean sheets and to score goals. Their home form especially has been a big worry. The Chelsea boss will be looking to sign a left-back and a striker for sure if they want to be a threat next season.