Colombia international James Rodriguez returned to Real Madrid after his two-year loan spell came to an end with Bayern Munich. The German champs decided not to sign him permanently, even after being decent throughout the loan spell for the Bavarians. James, who feels out of favour at Real Madrid especially under current manager Zinedine Zidane was linked with Atletico Madrid and also Serie A side Napoli.

He had an opportunity to reunite with Carlo Ancelloti, who brought him to Los Blancos back then when the Italian was at the helm of the club. According to reports on AS, Cristiano Ronaldo is interested in bringing the 28-year old to Juventus considering Paulo Dybala’s future at the Old Lady.

Dybala had been linked with several Premier League sides starting from Manchester United and ending it with Tottenham Hotspurs. However, the Argentine forward failed to move to Spurs on deadline day which eventually also blocked the move for James Rodriguez.

However, as the other transfer window is still open Dybala may still seek out a move elsewhere in search of regular football which he won’t get in Turin. With Bayern still looking for an attacker (before they signed Perisic), Dybala could just be the perfect player they want to elevate the standard of attacking output needed at the team after the departure of their favourite legendary duo of Arjen Robben and Franck Ribery. 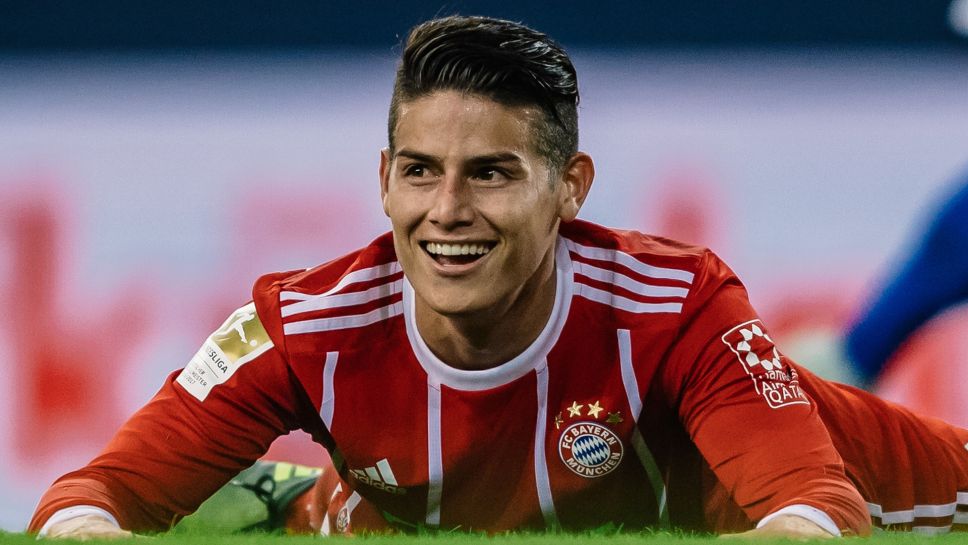 Dybala is not part of new manager Maurizio Sarri’s plans considering he already has attackers like Cristiano Ronaldo, Mario Mandzukic. Hence the whole saga depends on Dybala leaving the club and the Portuguese talisman has gone on to speak his heart out about James Rodriguez and what he wants from him at Turin. Reportedly, Paris Saint Germain and FC Barcelona are also interested in the 28-year old but still nothing concrete about any of the moves.

James was not greeted well by Real Madrid manager, Zidane, as he left out the Colombia international for their friendly game against RB Salzburg and things won’t get any merrier for James from here if he fails to churn out a move out of Santiago Bernabeu.

If the deal happens in any case then both Cristiano Ronaldo and James Rodriguez are represented by the same agent, Jorge Mendes which is a detail that can make things even easier for the 28-year-old former FC Porto man. Both Napoli and Atletico Madrid have made bids for the Colombian play-maker but Los Blancos have rejected all the moves to try to churn out more money for James Rodriguez to fund a transfer like Christian Eriksen which looks likely as he emerges as the backup option for Zidane’s first choice, Paul Pogba.

Ancelotti: “I don't want to talk about James Rodriguez right now. It's a topic that is talked about too much. If I have to talk to him about something, I talk directly to him.” [marca] pic.twitter.com/UaG3LNJx0b

The Pogba deal looks off for now but with Lo Celso coming in Spurs may just have to surrender to Real Madrid’s will power. Mauricio Pochettino won’t be able to bring any reinforcements as the transfer window is closed in England. So with Dybala failing to make the cut, the Argentine tactician will want to hold Christian Eriksen from leaving North London.

It will be interesting to see where the out of favour players like James Rodriguez and Paulo Dybala will finally end up at the end of this summer transfer window. A lot of top clubs want them and things could get interesting towards the end of the month.