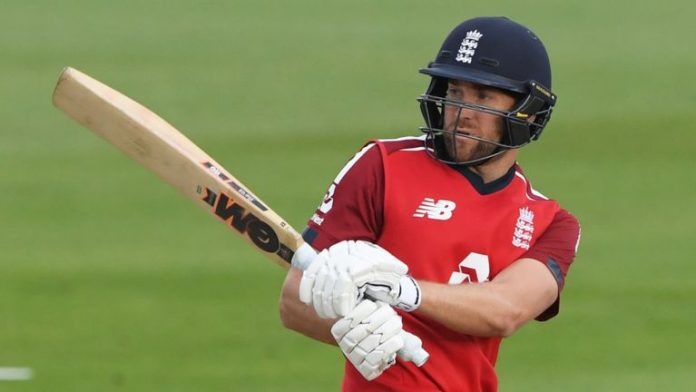 The star cricketer of England, Dawid Malan has missed a golden opportunity to score a century against South Africa in the third T20 match of the series. England has won the T20 series with a margin of 3-0. Dawid Malan has proved once again that he is the number one t20 batsman in the ICC ranking for a reason.

Dawid Malan has taken a single to help England getting past the total of South Africa. However, he has been unaware of the target and as a result of it, he has missed the century by just one run. Malan’s innings of 99 runs in 47 runs have been a treat to watch for all the cricket fans and he has certainly been the deserving candidate to get a century in this match.

The Error That Hurt Dawid Malan More Than The Win

Dawid Malan on running just a single when he was on 98* with one needed to win ? #SAvENG pic.twitter.com/VAeQxuzZ69

South Africa have put up a big total of 191 after batting first in the last T20 International of the series. The result of the series has already been decided. So, both teams have made a few changes in their lineup. However, the upcoming T20 World Cup in 2021 will certainly be in the minds of the team management of both sides. Both sides will try to utilize the remaining matches in this format as a preparatory phase for the World Cup.

Quinton De Kock has scored 17 runs in 12 balls in this match. Bavuma and Hendricks have also got the start, but they have not been able to convert them into big scores. The partnership between Faf Du Plessis and van der Dussen at the end has been the turning point of this innings for South Africa. No bowler of England has been able to disturb the rhythm of this partnership. Ben Stokes has picked up two wickets with conceding 26 runs in his three overs.

While coming to bat, England has lost the wicket of their renowned opener Jason Roy. Anrich Nortje has picked up the crucial wicket for South Africa. However, it has been a Jos Buttler and Dawid Malan show after that. Jos Buttler has scored 67 runs in just 46 balls to ensure the victory of England against South Africa in the third T20 match of this series. The bowling unit of South Africa has looked toothless in the absence of Kagiso Rabada.

Dawid Malan has been quite pleased with his innings and it is evident from his words in the post-match presentation. However, he has also lamented about the way he has missed his well deserved century in this match. Dawid Malan has said that he might have to go back to Math classes again. He has completely lost the track of the runs at that moment. Dawid Malan has not been able to play his best cricket in the first two matches of this series. So, this innings will certainly give him the confidence ahead of the World Cup.

This England Cricket Team has been doing really well in the shorter version of the game under the leadership of Eoin Morgan. They have the potential to win the World cup next year in Indian soil.

BBL 2020: Another Brilliant Last Over Finish In The Competition; Fans...