According to the latest reports, Bundesliga giants are prepared to steal Chelsea’s top target Luka Jovic in the upcoming summer transfer window. Jovic is currently on loan at German club Eintracht Frankfurt from Portuguese club SL Benfica and could be on his way to the Allianz Arena following impressive displays this term.

Since Maurizio Sarri took charge of Chelsea football club back in the summer of 2018, he has done quite an impressive job by replacing fellow Italian compatriot Antonio Conte. The ex-Napoli master tactician received plenty of praise and plaudits from fans and pundits all across the globe for bringing in an effective and attractive brand of football into the Premier League. Sarri helped Chelsea to the League Cup final but unfortunately lost out to Pep Guardiola’s Manchester City in a penalty shootout. Chelsea also is in the quarterfinals of the Europa League and they look strong contenders to go on and win the trophy as well. However, the West London club is struggling in the Premier League as they sit in sixth place facing an uphill battle to finish inside the top 4 this term. 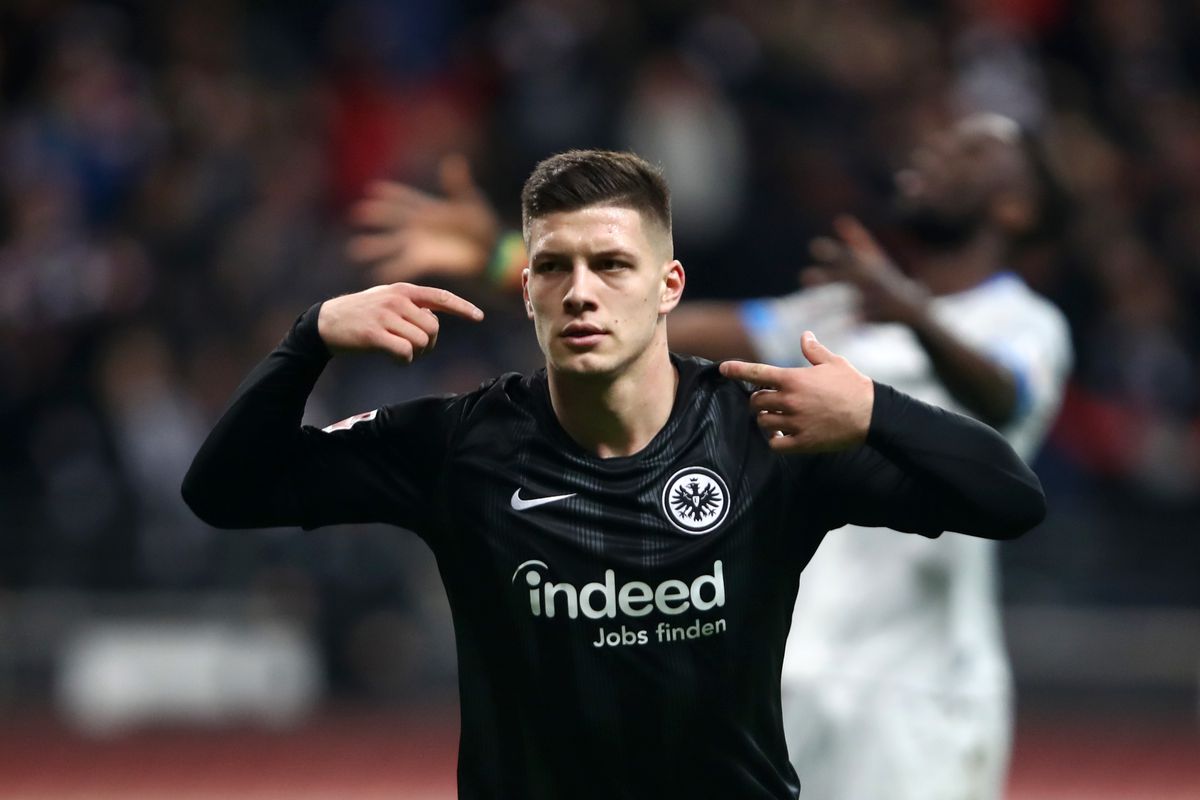 The main issue for the Blues is the fact that they are struggling to find a goalscorer who can finish off those chances that are created. But another problem is the fact that Chelsea will be in a tough spot as they are facing a transfer ban for the next two transfer windows. Therefore, if their transfer ban is lifted, Chelsea will look to land in a top goalscorer in the summer itself. With the uncertain future hovering around Argentine striker Gonzalo Higuain, Chelsea needs a proper centre-forward who can win them some silverware and get them back to competing as well.

One player who has thoroughly impressed Chelsea has been Luka Jovic, who is currently playing his football at Eintracht Frankfurt on loan from Portuguese club SL Benfica. Jovic joined the Bundesliga outfit back in the summer of 2018 on a loan deal and has been absolutely brilliant for them scoring 22 goals across all competitions this season and also notching up five assists as well. Jovic is only 21 years old but his pace, lethal striking and ability to find space has been something that a hoard of top clubs in the European continent are admiring. Chelsea will face a massive amount of competition for Jovic as two other Premier League clubs in the form of Arsenal and Manchester United are monitoring the services of the young attacker. Even La Liga champions Barcelona are looking at potentially signing Jovic as a possible replacement for the aging Luis Suarez in the summer.

Bundesliga and German champions Bayern Munich have also been keen admirers of the Frankfurt hitman and they have the power to purchase almost anyone they want in their own league. A report claims that the Bavarian unit will look to make a £50m bid in the summer to sign Jovic but Frankfurt have the option of signing him at just £4m after his loan stint as part of the deal with Benfica.

Bayern Munich Complete Sensational 3-1 Comeback Against Ingolstadt To Reaffirm Their...