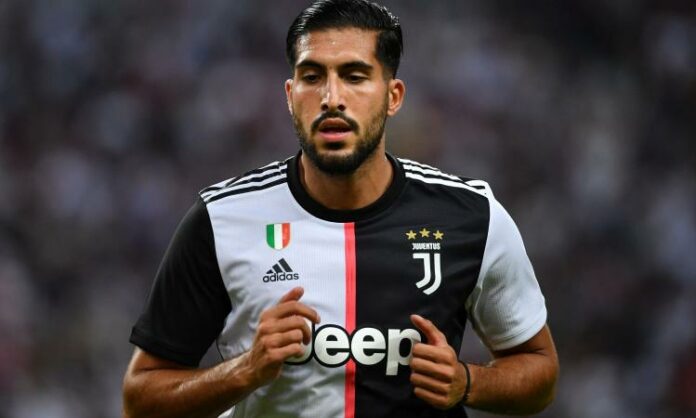 Juventus midfielder Emre Can has openly expressed his anger and disappointment after being shockingly left out by Maurizio Sarri for the Champions League squad on Tuesday. The German midfielder left Liverpool in the summer of 2018 to play for the Serie A giants and Jurgen Klopp’s Reds managed to win the Champions League title in the summer of 2019.

Can was a Liverpool player just before last season after he initially joined the Merseyside club back in 2014 from Bayer Leverkusen. Can spent four seasons at Anfield making 115 appearances in the Premier League and scoring 10 goals as well. The German midfield ace played in the Europa League final, League Cup final as well as in the Champions League final under Jurgen Klopp but failed to win any trophies during his stint with Liverpool. During Can’s last season at Liverpool, he was offered a new deal to extend his contract with the club but decided against remaining at Anfield and instead chose to join Juventus on a free transfer by running down his contract with Liverpool.

Can has reportedly stated that he wanted to move to a bigger club in order to win regular silverware when he made his move to Juventus and in his first season with the Italian giants he helped them win the Serie A for the seventh time in a row but only made it to the quarter-finals of the Champions League. However, earlier this season, Italian mastermind Maurizio Sarri was appointed as manager of Juventus after leaving Chelsea and the 60-year-old has not included Can in his Champions League squad.

In a shocking turn of events, Can and Mandzukic were the only two senior players that were not included in Juve’s Champions League squad and the 25-year-old Can did not take it in good spirit. Can was with the national team in Germany for their preparations for the Euro 2020 qualifiers and expressed his anger by stating that if he knew that he wasn’t going to be selected for the Champions League squad he would have left because he had offers to join Ligue 1 side Paris Saint Germain in the summer transfer window. Can said, “I am extremely shocked. Our conversation only lasted a minute and I was not given a reason. It makes me angry and upset. I will draw my own conclusions and talk to the club after I return. I was told and promised something else by the club last week. PSG came in for me, but I decided to stay with Juve. The condition was that I would be in the Champions League.”

Earlier this week, Maurizio Sarri also admitted that it is difficult for him to pick his players as Juventus do not have a lot of homegrown players, “I would like to keep all of them but our problem is that we do not have players who have grown up within the club – we have only one. So our squad for the Champions League must be 22 players with three goalkeepers and this puts us in difficulty because the market dictates we may have to make choices that we do not like.”