Real Madrid goalkeeper, Thibaut Courtois has backed the decision to introduce Video Assistant Referee in the knockout stages of Champions League. VAR was not introduced in the group stages but UEFA’s governing body decided to introduce the technology from the last 16 onwards. The move has been met with encouragement from the Belgian international who has seen quite some success of the technology in La Liga. And on Thursday night, Courtois was handed a life line when the VAR disallowed Ajax’s opening goal.

A Mathijs De Ligt header directed towards the goal was missed by Courtois when Nicholas Tagliafico headed into the unguarded net! Ajax went up 1-0 only to be leveled; seconds after Referee, Damir Skomina confirmed that Dusan Tadic was in an obstructive position with respect to the goalkeeper, interfering from an offside position. Fans inside the Johan Cruyff Arena were stunned as to why the decision was made. UEFA Later released a post on Twitter at half time of the match, explaining why the goal was ruled off. 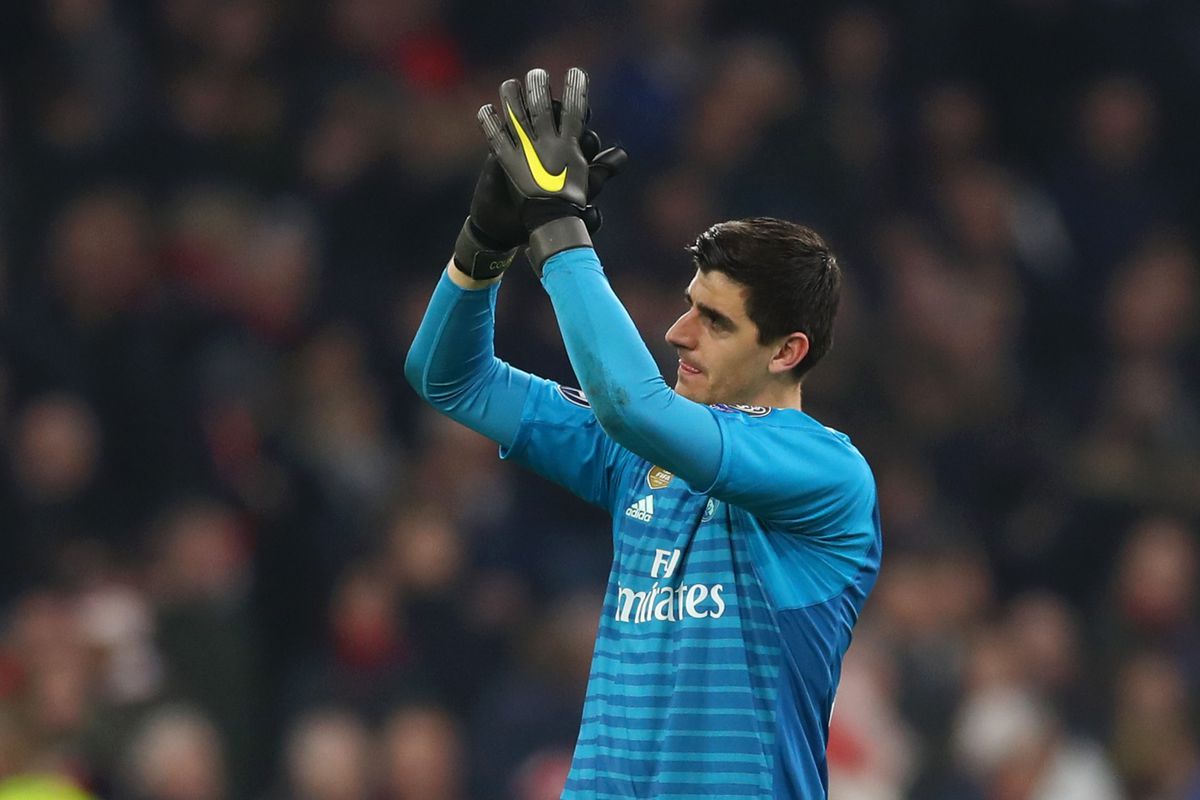 The evening before the clash, Courtois explained why VAR would be suitable for future football. “I like VAR. At the World Cup it worked well. It’s there to help football. Sometimes it goes against you, but in order that football is fairer, it’s good to have it.” Wednesday night was one such night where he benefitted from the decision hugely.

When asked, whether he was lucky on the denial of the goal, Courtois said, “I think so. When it happened, I thought it could be offside. When the guy headed it, I went to catch it and Tadic’s intention was clear. It’s lucky there was VAR because nobody would have seen it.”

Madrid went on to secure a 2-1 win with goals from Karim Benzema and Marco Asensio sealing the away tie for the visitors. Madrid host Ajax in Santiago Bernabeu, with the home side having a couple of crucial away goal under their belt and this tie is far from over.

Further, diverting from this topic of VAR and when asked whether he would love if his former team mate, Eden Hazard play for Real Madrid, Courtois gave an affirmative answer. Previously, Courtois has expressed his wish that he would relish linking up with Hazard  at The Roji Blancos. Hazard, who also happens to share the same international colors, is having a tough time at Chelsea. The duo spent four seasons at The Stamford Bridge together, winning the Premier League in 2015 and 2017 season.

The goalie obviously suggested that having his international skipper at the Bernabeu would be a good thing, but it was Real’s decision to take. Also, it would be upto Hazard to decide what he wanted to be his future. Whether it was in his best interest to move to Spain or not, either way Courtois would accept things the way they are. However, if a move did happen, things would really get interesting in Madrid, as Hazard is surely a top quality player to have in any side.

All That You Need To Know About Manchester United’s Clash Against...