It’s a period of utmost tension at Stamford Bridge as Chelsea’s star man Eden Hazard could be leaving the club this season, seven seasons after joining from LOSC Lille for £31.50m. Since the day he’s set foot in the Bridge, he’s become a favorite and someone who’s adored largely by the crowd. But the time has perhaps come when Hazard will switch sides in order to fulfil a dream of his : Play for Real Madrid under the tutelage of Zinedine Zidane.

Former Chelsea defender Wayne Bridge says it will not be possible for Chelsea to replace Eden Hazard easily. Speaking to Goal, he said: “If Chelsea lose Hazard, I don’t know how they could replace him. I couldn’t think who they would sign because Hazard is one of the best players in the world. I would think only Messi or Ronaldo could replace him. I think if they do lose him, they can’t replace him.” 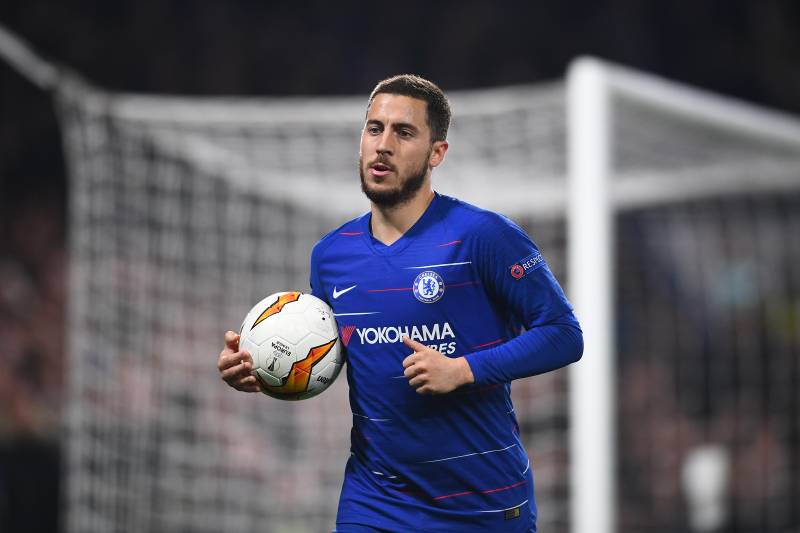 “That is why I worry that Chelsea could struggle even more than they are doing at the moment. He has been a huge part of the club’s season with goals and assists. I would love to see Hazard stay to help the club compete and he has been so good for the league, but we do not know what will happen.”

He’s already a legend at Chelsea given his contributions to the club over the years. Eden Hazard has consistently been one of the best performers in the Premier League over the past few seasons. His performances have not gone unnoticed and he’s won various number of accolades during his time in England, which include the PFA Player of the Year and Chelsea Player of the Year, among many others. Chelsea have an impending transfer which might complicate things a bit as they might be forced to block his transfer and let him go for free in 2020 if the ban is not suspended in this transfer window.

Hazard has been in fine form this season, scoring 16 goals and assisting 13 more in the Premier League this season, and his performances have played a vital role in guaranteeing a Champions League spot for Chelsea next season. Known for his speed, creativity and excellent passing, the Belgian superstar is a menace to opposition defences to handle as he can effortlessly cruise past players with ease and can play centrally and on the right side of the wing despite primarily being a left winger which makes it more difficult for defences to contain him.

Real Madrid are in need of reinforcements and Eden Hazard surely tops the list of players wanted at Real Madrid next season. With only 1 year left on his contract, Chelsea are at a disadvantage and might have to eventually lower their triple figure asking price in order to cash in on their star player this summer. He has been on the wish-list of Florentino Perez long enough and this summer might finally be the one when he gets hold of him.