According to the latest reports, Barcelona star forward Luis Suarez has urged his former club, Liverpool, to sign up Celta Vigo forward Maxi Gomez in the summer transfer window. Suarez left the Reds back in the summer of 2014 and has gone on to win plenty of trophies with the La Liga side but the 32-year-old is still looking for the best for his former club as well.

Liverpool has gone so far this season in terms of challenging last season’s Premier League champions Manchester City for the title but finally lost the lead in the race after suffering a 0-0 draw against local rivals Everton at the weekend. Although there is still hope and fight in the Liverpool squad, Jurgen Klopp may still require some more attacking options in order to compete against Pep Guardiola’s Manchester City for the elusive Premiership. 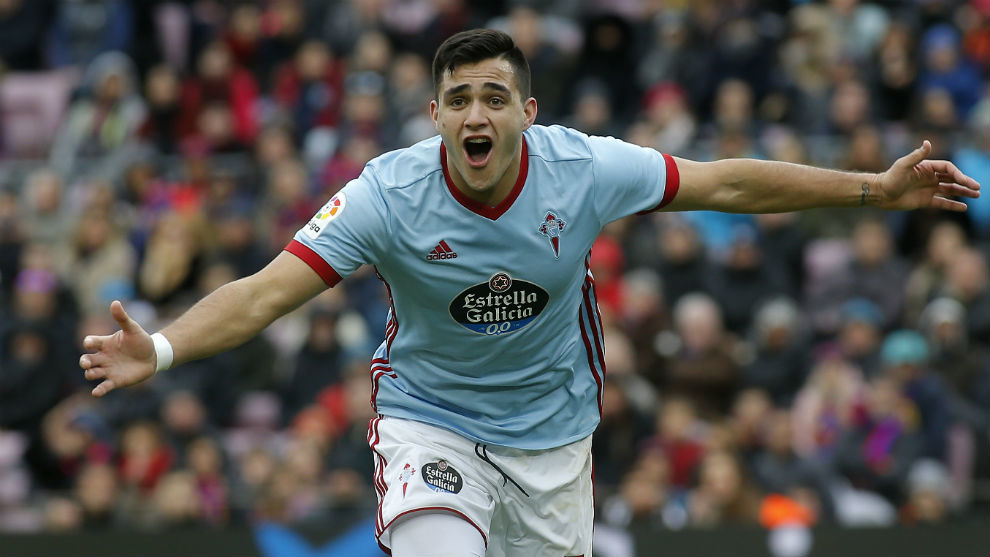 Guardiola’s Manchester City broke plenty of records when they stormed their way to the Premier League title last season. It was the first time that any side notched up 100 points in England’s top flight and title rivals knew that it would take something special to dethrone this unbelievable City side. Liverpool is currently closest rivals but in the past few weeks, the Reds are feeling something very unusual in their rather highly effective attacking department.

Last season, Liverpool’s attack carried them to the Champions League final but the deadly trio seems to have lost a bit of fire this year especially in the form of Mohamed Salah. The Egyptian star winger has not looked at his clinical self and Liverpool are lacking his goals and assists over the last few months or so. Although Sadio Mane has been the standout player for the Merseyside outfit over the recent weeks, the Senegalese captain has also missed a bunch of chances which went on to prove that he is not a natural goalscorer. Even Roberto Firmino is a false number nine who usually tends to link up the play for his teammates and the Brazilian also is not able to find the net on a regular basis as he did last season.

However, another former Liverpool forward in the form of Luis Suarez is keen to see the Anfield faithful happy and with a soft corner in his heart, has urged Liverpool to sign Celta Vigo’s star man Maxi Gomez in the summer. Gomez is Suarez’ international team-mate and the pair take the attack for Uruguay when they play together. Suarez is keen for Liverpool to win the Premier League title and believes that Gomez’ addition could make their attack more fearsome.

With Divock Origi and Daniel Sturridge on their way out of Anfield in the summer, Liverpool will look for another top quality striker and Gomez could be a serious option. The Uruguayan forward has scored nine goals and racked up five assists for the La Liga club this season and looks a real threat in front of goal. The 22-year-old is reportedly valued at a price of around £35m, but Liverpool may face competition from English rivals Chelsea in a race for Gomez’ signature.

The Game That Propelled Van Dijk To The Player Of The...