Former Manchester United winger reveals the clubs he wants to play for in the future. Dutch winger Memphis Depay is in blazing form for Lyon this season but the winger is often remembered for his failed stint at Manchester United under Louis van Gaal. Currently, he is a pivotal figure for the French Ligue 1 side, Olympique Lyon but the 24-year-old holds high aspirations once he leaves the city.

It was a tough journey for the Netherlands international after a horrific season at Old Trafford to get his mind under control and play good football again but the 24-year old has rebuilt his career from his past experiences proving that he is strong mentally as well as physically. Scoring 33 goals in 91 appearances since January 2017. It is very obvious that Depay is slowly but steadily getting himself ready and growing to the potential which he was once expected to reach.

Depay feels that in some years he will be ready for bigger and tougher challenges and till then his heart is at Lyon and working more on his overall development.

“Lyon is a big club, but not one of the five best in Europe,” he told Helden magazine.

“I want to go to a club like Real Madrid, Barcelona, Chelsea, Manchester City, Paris Saint-Germain or Bayern Munich.”

“I want to go to a city that suits me and a club that suits me, to a team that really wants to play football.”

“I always talk about Real Madrid, a royal club, white shirts with gold. But I am focused right now on Lyon, and then we see where I end up.” 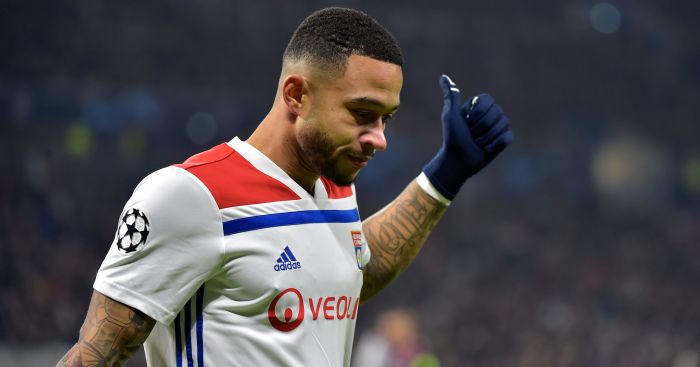 His move to France in the Ligue 1 and Lyon more specifically has been a groundbreaking success and has helped as damage control after his torrid time during his Manchester United days. Here he scores more frequently and in an important player for the side while going in front, which is a huge contrast to his Premier League stint.

The Dutch winger could not inspire good performances and was quickly out of favour of then-new boss Jose Mourinho after a torrid season under predecessor Louis van Gaal. The former Bayern manager had an outstanding run with the Dutch national team and in his following stint to Manchester United, he arrived at Old Trafford with his two favourite students, Memphis Depay and Daley Blind. While Blind became a trustworthy figure amongst the Red Devils faithful Depay was disappointing throughout his stint at the club. The 24-year-old scored only seven times in his 53 appearances after his big money move from Eredivisie club PSV Eindhoven back in the summer of 2015.

However, in the thick of things, one thing which the Manchester United management did and their smartness must be lauded as the Red Devils did include a buy-back clause in the Dutchman’s contract while offloading him to Lyon last season. So now it is interesting to see whether United uses the buyback clause and Depay returns to Old Trafford for a second time or will it be some other club securing the services of the Holland international, only time will tell!

How Real Madrid Beat Barcelona 3-1 To Win The First Leg...

Breaking: Liverpool Get An Update In The Hunt To Sign This...