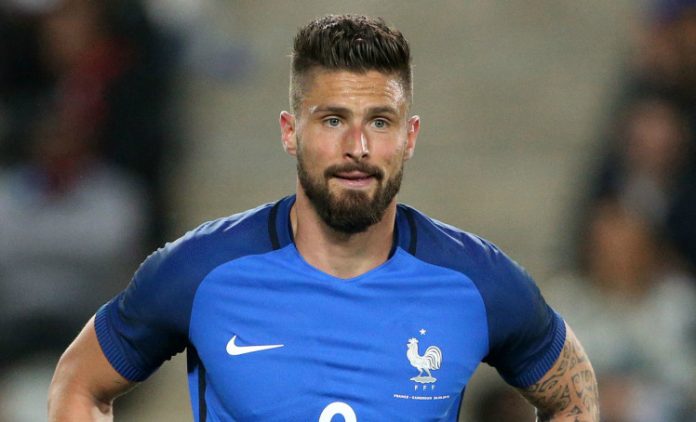 The champions of the World faced off against the former champs, Germany in a friendly match at the Allianz Arena and the game ended in a goalless draw. Both teams did not look impressive pushing forward and were just trying to save their energy as much as possible. Though it did not seem to be a pretty spectacle, it was quite obvious that one player was clearly lacking in goal-scoring form.

The player was none other than World Cup winner Olivier Giroud, who did not score a single goal at the tournament in Russia as well, despite his team’s triumph. He has been totally out of sorts, though he has been making some minor contributions to his team’s success, both at the international and the club level.

Similar seemed to be the case against Holland, though just when his team looked to be heading for yet another draw, it was the Chelsea man who managed to score the winning goal.

Giroud was never a false 9. He never had the pace to run to and fro with the ball, nor the stamina to be a work-horse. With that being said, under both Conte and Deschamps, he has tried his best to transition from a proper striker to a play-maker. Though France did win the World Cup in Russia, it was surely not just because of Giroud and both Mbappe and Griezmann were top performers.

Along with that, under Conte too he never had the same flare that he once saw under Arsene Wenger at the Emirates. He was never the right striker for a defensive mind-set and failed to really make an impact. However, with Sarri in charge he does have a chance to do more, though he needs to drop the tag of playing like a false 9 and pull up his socks and use his best asset- his physical presence in the box, more.

2. Not Suitable For Conte’s Tactics

Giroud was a much more natural striker for Arsenal under Wenger, who played him as the only player up front. However, with the likes of Hazard, Willian and others in attack, his role in Chelsea changed from a goalscorer to a play-maker of sorts rather. He failed to really settle into this role with the addition of Morata as well. On the other hand, when he was played for France, he added a few assist to his name, but goals? None.

It is easy to forget at times that Giroud is already 31 at present and isn’t getting any younger. His lack of pace for a long time in his career, does not make him a must-watch striker any more than what he has already been for quite some time. His sharpness has also gone for a toss in recent times and though he did finally score for France, it has come after a long drought. Another such spell of a lack of goals, could eventually just end his career in the top flight of English football completely.

Final Take- This goal would have now really given him the boost that he can get back to scoring goals and helping his team win more big games. The fans of the west London outfit will surely hoping that, after Sarri’s side already managed to win all their games of the Premier League campaign so far. What a bonus now!!