According to the latest reports, Chelsea winger Callum Hudson-Odoi will miss the remainder of the season after rupturing his Achilles in a 2-2 draw against Burnley at Stamford Bridge. The English teenager is now linked with a move away from the club and his contract expires at the end of next summer as well and there are plenty of clubs monitoring his situation.

Ever since Maurizio Sarri took charge of the Chelsea football club back in the summer of 2018, he has done quite an incredible job by replacing his fellow Italian manager Antonio Conte at the helm. The 60-year-old former Napoli boss implemented his style into Chelsea and instilled an attacking and effective brand of football which received plenty of praise and plaudits from fans and managers across the globe. Sarri led Chelsea to the final of the League Cup earlier in the season but lost out to Pep Guardiola’s Manchester City in penalty shootouts. The West London club have also made it to the semi-finals of the Europa League and they look like serious contenders to go on and win the continental competition.

However, Chelsea are struggling in the Premier League as they face an uphill battle to finish inside the top four with Arsenal, Manchester United and Tottenham Hotspur in close competition. If Chelsea fail to qualify for the Champions League next season it will be extremely difficult for the Blues to keep hold of their star players, including the likes of Belgian winger Eden Hazard. The 28-year-old is tipped to leave Stamford Bridge to join Real Madrid in the summer and what’s worse is the fact Chelsea will be handed a transfer ban for two windows. This means that no player can be signed by Chelsea over the course of a year and there won’t be any arrivals at Stamford Bridge.

Chelsea will have to look into the players they have to fill in the shoes of Eden Hazard and there is one man who can do so, Callum Hudson-Odoi. The Englishman has grown in stature this season and has shown that he can be a player for the future. However, in an unfortunate incident last night, Hudson-Odoi suffered a long term injury which could keep him out of footballing action for about 6-9 months.  On social media site Twitter, the 18-year-old attacker tweeted, “Really gutted to end my season with a ruptured Achilles, gotta work hard and try and come back stronger for next season!” 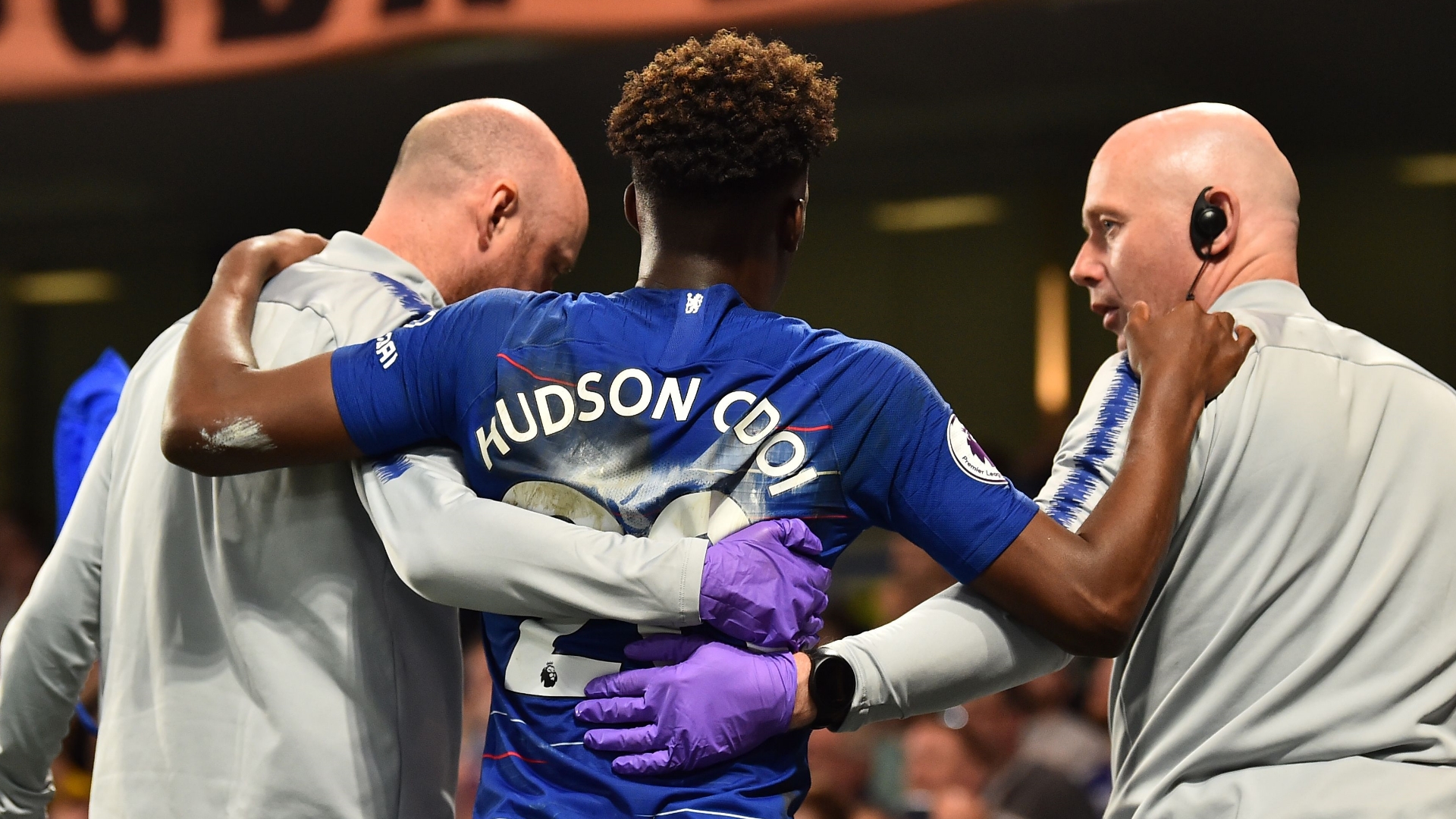 This means that Hudson Odoi will miss the remaining three games which could decide if Chelsea finish inside the top four or not and even the Europa League final few stages. Hudson Odoi’s current deal with Chelsea expires in the summer of 2020 and he has not signed a new deal because of the lack of football at the club.

Bundesliga giants Bayern Munich are also showing a keen interest in signing Callum Hudson-Odoi in the summer transfer window, though there were mixed reports coming in recently. Chelsea could also decide to sell him if a big offer comes in. Let’s see what happens now.