The Frank Lampard story- Till date, Chelsea FC stands as the only London based football club to have tasted the Champions League glory (2011-12). It was when the Blues won against German outfit Bayern Munich 4-3 on penalties. The win ensured that they took the trophy home. Chelsea had reached the final in 2008, only to lose against arch-rivals Manchester United.

However, this time was different. The Stamford Bridge-based club understood the pressure and handled it well. The Allianz Arena, packed with more than 62,000 people cheering for Bayern Munich. This meant the stakes against Chelsea were quite high.

However, who knew Didier Drogba would respond to Thomas Muller’s 83rd-minute goal just five minutes later. The Ivory coast national brought Chelsea back into the game in the 88th minute with a mind-blowing header. Chelsea had beaten defending champions Barcelona to reach this stage and was planning to go all fury against Bayern Munich.

Commemorating that chilly night in Germany, Frank Lampard poured his heart out in an interview. The English midfielder was promoted as the captain on 19 May 2012. He was the main-to-lead for that final match owing to a suspension granted to their regular leader John Terry. 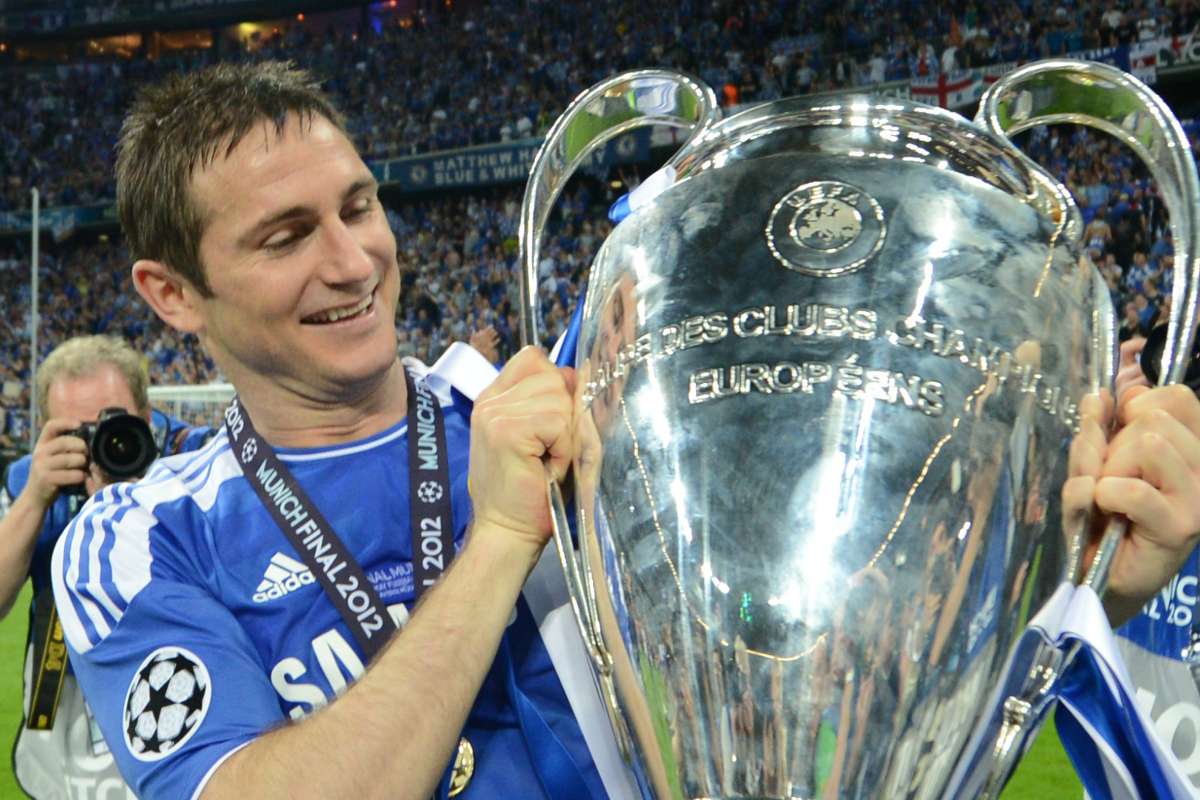 A Night To Remember

While talking about the importance of the night, Chelsea’s current manager said, “It was the best night of my footballing life without a doubt, just an incredible night. For so many years, we had been trying to win the Champions League – we’d lost a final, lost semi-final and it felt like the last chance for the group because we were all getting a bit older.”

“The year was tough. When you look back now, you struggle to believe the story. We did not do so great in the league, we had some issues. We were struggling against Napoli [in the last-16] looking like we were on the verge of going out, struggling against Barcelona on the verge of going out. There were so many sub-plots to what became the most beautiful year in Chelsea’s history.”

The game entered the penalty shoot outs at 1-1 after no team managed to alter the score charts in the extra time. Bayern hadn’t lost a penalty shootout in the UEFA league. Also, Chelsea hadn’t won one. The pressure increased when Mata missed one for Chelsea. Despite that, but Petr Cech’s extraordinary performance kept them in the game. At the final death stage, Drogba hammered the last nail in Bayern’s coffin to make history.

It was tough and actually now doing the job that I do, I understand it would have been tough for the manager as well because it was a difficult situation,’ recalls Lampard. ‘I had been a regular for quite a long time at Chelsea but I was out of the team, Ashley Cole didn’t play on the night either and looking back I was disappointed.

What Frank Lampard Concluded By Saying?

‘We had quite a lot of consistency in terms of the core of the team and when that starts to change, it brings a little bit of nervousness with it. Going into the game, you could see why it went the wrong way for us – it was such a tough atmosphere, we weren’t solid and that showed up in the next few weeks as well.’

Bayern Munich might have dominated all through the match, but Chelsea’s sheer hard work paid off in the end. Their captain for that match, Frank Lampard still misses the moment of glory, not only for the players or the staff but for each person supporting the English giants despite all odds against them.

“Any Chelsea fan would tell you that was one of the great nights at Stamford Bridge,’ he said. ‘Robbie was great in the interim period, he spoke to all the players individually and garnered a spirit between us and a feeling that we could do it,” he said.