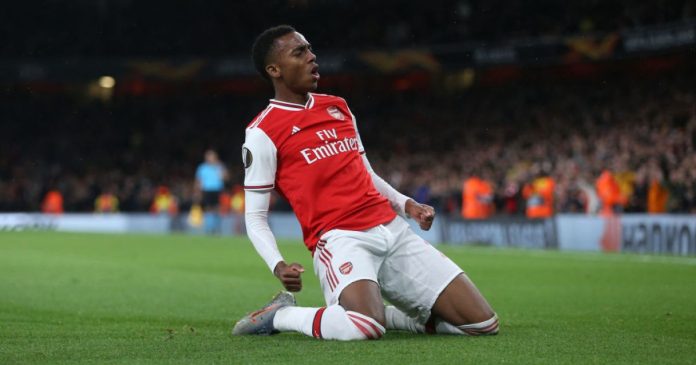 The Story Back Then- Young Arsenal midfielder Joe Willock had backed interim manager Freddie Ljungberg following the Gunners’ Sunday’s 2-2 draw with Norwich City. Former Arsenal star Ljungberg was appointed as caretaker boss at the Emirates Stadium after Unai Emery was sacked. The Swede was the second in command before that and has been given the managerial role following the axe of Emery.

A seven-match winless streak in all competitions cost the Spaniard his job, but things did not change overnight with the managerial change. Ljungberg was denied victory in his first game in charge against a fighting Norwich City side.

Arsenal’s stalemate against Norwich at Carrow Road leaves them seven points adrift of the top four after 14 games but Willock has backed the interim manager and hailed him to succeed at the Emirates.

“To be honest, we know collectively that we need to improve, whoever the manager,” the midfielder told Sky Sports.

“Freddie is a brilliant manager. We believe in him and we are working hard to try and improve.

“He said the most important thing was to play with happiness, to get the pride in the badge back and to work to win. Every day in training we are trying to get that competitiveness back. I feel like [our luck] is going to turn in one game, and we can push on from there. It is coming, hopefully.”

Unai Emery won only two of his final 11 League games as the head coach of Arsenal and was particularly criticized for his lack of communication skills and inability to motivate the team.

However, Joe Willock had nothing but praise for the departed Spanish manager who took Arsenal to the Europa League final last campaign.

Arsenal will host Brighton and Hove Albion on Thursday night and then they have to travel to East London to face West Ham United in an all-London affair.

They will be again back in action in the midweek against Standard Liege in the Europa League in a game that they cannot afford to lose if they want to qualify for the knockout stage of the Europa League.

In a recent Ask/Keep/Sell game on Arsenal FC Fans, the fans were asked what they would choose for Willock. The young Englishman has been quite poor in the second half of the current campaign under Mikel Arteta. He is only 20 and the majority of the fans wanted to loan him out.

With that being said, there was one fan who just took things to another level. However, it wasn’t with regards to Willock, but Kroenke.

The fan (named Abdulhameed DanmalLam) wanted an image of the Kroenkes, with the page asking them if they wanted to keep, loan or sell him. He further added that they were the problem at the club (which we all know). However, this was just all too funny for the other onlookers online.

Despite that, we hope that his problem is actually resolved by the club. Well all want new owners now, don’t we!?