Liverpool will be facing off against Chelsea in their UEFA Super Cup Match at the Vodafone Arena in Besiktas, Turkey. With the Reds starting off the new campaign positively, things are looking good for Jurgen Klopp’s side. On the other hand, the Blues lost 4-0 to Manchester United in their opening day fixture. The Merseyside outfit will want to continue to put on a show like they did against Norwich in the league and secured a 4-1 win. Meanwhile, the west London side will want to recover from their embarrassing loss to the Red Devils at Old Trafford, as Solskjaer’s men totally outplayed them in every department.

Keeping that in mind, Liverpool have received a huge boost now. It has been confirmed that Senegal international Sadio Mane will make his return to the first team, ahead of this key encounter. In the debut match in the top flight of English football, it was Origi who started for the Kops.

The Belgian was quite impressive with the opportunity that he was given yet again. Despite that, Klopp will want his first choice player to make a return to the starting eleven and start scoring. The German boss and his team are keen on winning the Premier League title this term and will be focused on doing just that. The Liverpool owner and management have already expressed their desire to bring home the Premier League title, after winning the Champions League last season. 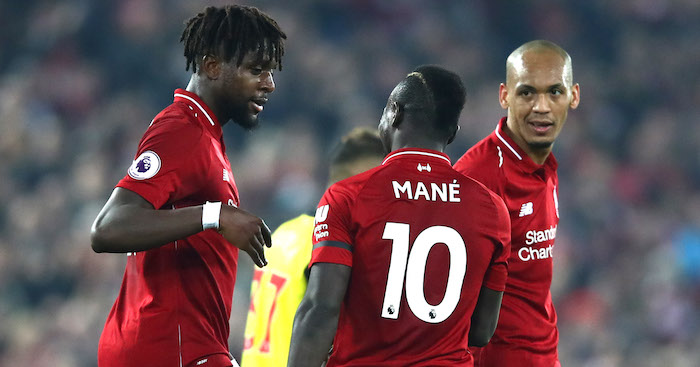 They are quite focused on their target and have not brought in more players unnecessarily, just to add to their squad. The English club has been focused on utilizing the existing talents that they have and gave some of their key players long-term extensions.

What Next For The Reds; Can They Deliver Another Trophy?

Origi was one such player that renewed his contract with Liverpool. He will now want to capture a first-team berth. However, it will not be easy for him to displace members of the trio (Salah-Mane-Firmino). He may once again have to play second fiddle to them.

With that being said, the focus of all the players in the squad at present will be to beat their domestic rivals. They will be keen to add yet another title to their name. They have looked really strong already and impressed on the opening day of the season.

On the contrary, Frank Lampard’s side were rather poor and failed to make an impact. They will now be thinking about this crucial fixture. They will hope that can lay the foundation of a strong season for them. This will be really important for the club’s and new manager’s ambitions for the current term.

However, the Liverpool fans will be really happy about the fact that Mane will be returning to the playing eleven. That is after starting on the bench the other day. Whether he can deliver in this big game, remains to be seen. Klopp and the Anfield faithful will be hoping that he can once again put on a show. Also, they will want the team to bring back another title from Turkey. Whether that happens now or not, remains to be seen.

Former Chelsea And Liverpool Star Wants The Blues To Retain This...