As per the latest reports, Liverpool is hot on the heels of the England winger Jadon Sancho. The 19-year-old attacker has been one of the brightest stars for his country as well as the club this season, currently plying his trade for the German giants Borussia Dortmund.

Liverpool manager Jurgen Klopp has always been known for his “gegenpressing” style of football, which is entirely dependant on aggressive attacks. He has a number of world-class attackers at his disposal to comply with his attacking brand of play in the form of Sadio Mane, Mohamed Salah, Roberto Firmino and Xherdan Shaqiri and is reportedly looking to add more firepower to his side with the possible inclusion of Jadon Sancho.

The Englishman has been in fine form since his move to Borussia Dortmund from Manchester City and is on the radar of a number of big-name clubs in England as well as Europe. However, Liverpool seems to be more than interested in him and might make a move for the 19-year-old winger in January.

Jurgen Klopp’s style of play has undoubtedly brought the Reds supreme glory in the biggest club competition as they won the Champions League last season. They were unfortunate to miss out on winning the Premier League as well as Manchester City nudged them out by a single point in the title race. This season, however, they are currently eleven points clear of the second-placed Citizens and are in the pole position to add another silverware to their trophy cabinet in the form of the Premier League title.

The inclusion of Sancho would create more competition for places in the team for sure. However, the disciplinary problems that the young Englishman has been facing in recent times might be a detriment for him to be a part of the Liverpool lineup, as Jurgen Klopp is known to be a hard taskmaster with zero compromises about discipline. 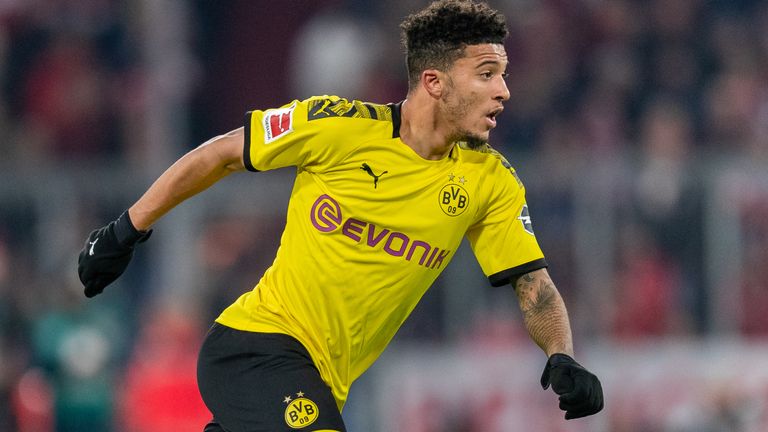 Sancho has been in phenomenal form this season so far in all competitions. He has notched up 7 goals and 9 assists in 19 matches so far to show for his efforts and has earned rave reviews for his performances from a number of experts from all over Europe. If Liverpool can land the Englishman this January, it can be a huge statement for the Merseyside club in the race to win the coveted Premier League trophy as well as keeping their dominance intact in Europe as well.

As per the reports, the Reds have some heavyweight candidates competing with them in the race to land the young winger in the form of European giants Real Madrid and Premier League rivals Manchester United. Borussia Dortmund, who are well aware of the hype that has been created around their prized possession, have reportedly put a price tag of £60million on the winger. Now it is to be seen whether the Reds are able to test the resolution of the Schwarzgelben in the next transfer window or get beaten by the likes of Real Madrid and Manchester United in the race to sign the phenomenal attacker.

Revealed: What Does The Future Hold For This High Quality Chelsea...