Liverpool are in pole position to win the Premier League, a feat which they haven’t achieved in the league’s history and they have a golden opportunity to do so this season. They may very well need reinforcements to make the feat possible. Liverpool manager Jurgen Klopp has marshalled his troops very well at the Anfield with the Reds holding out a handsome four-point lead over reigning champions Manchester City. The job is not done yet and the German tactician is experienced enough to know that fact. It is a feat which the Reds haven’t achieved ever and when the season is gradually entering its business end and also the Champions League knockout stage close approaching the Reds might very well do with some reinforcements in the January transfer window.

Squad depth can be a huge factor for the club from Merseyside as they are set to go all out for everything that’s on offer. The German tactician does have some attacking options up his sleeve in Roberto Firmino but Bundesliga’s young prodigious forward Luka Jovic can make things even better for the former Borussia Dortmund manager.

The Serbian superstar who is valued £36m has taken the German Bundesliga by storm with Frenchman Sebastien Haller and Croatian winger Ante Rebic his partners in crime at Adi Hutter’s new look Eintracht Frankfurt side.

Jovic is currently on loan from Portuguese side, Benfica and his incredible performances for Frankfurt have helped him net 17 goals in 23 appearances this season going at par with Borussia Dortmund’s new Spanish ace Paco Alcacer in the Bundesliga top scorer’s race. 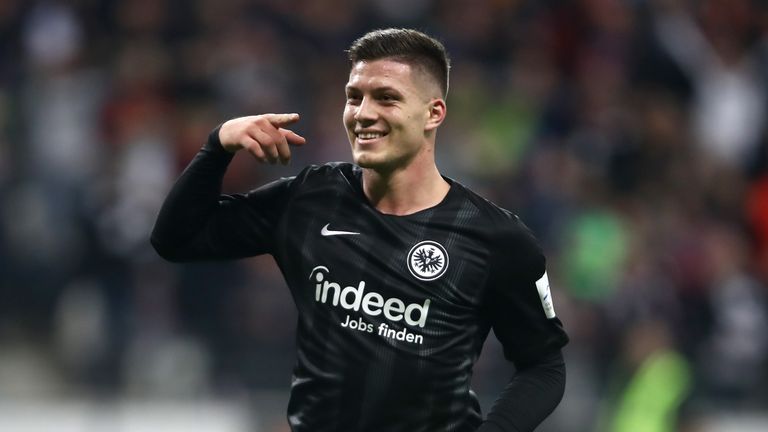 Eintracht Frankfurt are currently in 5th position in the Bundesliga table, only one point off from Champions League qualification spot which is currently held by RB Leipzig. However, Adi Hutter with his on song forward line and resolute defenders will hope that the Die Adler (the Eagles) end in the Champions League spot at the end of this season. It will really be a terrific achievement if the team along with Hutter manages to pull it off as the Eagles are currently in the UEFA Europa League in the early knockout stages as they play Shakhtar Donetsk in the round of 32 next month.

Considering his young age Jovic definitely has the potential and the mettle to play for a top European side in the coming years. being only 21 he has grabbed all the headlines and have made a firm statement in Europe.

Liverpool will love to have a player of his calibre and with the age on their side, he can be a real asset for the Merseyside club and even more if he continues his marauding goalscoring form. He can slot in as an understudy for Roberto Firmino at the beginning and gradually with time this prodigious young sensation can be the man to spearhead the attack at Anfield.

With Liverpoo having a proper go at the Premier League title this season- something which they haven’t achieved ever in their history- signing someone like him will add a lot of firepower up front and somewhat lighten the burden of scoring lions share of goals from the likes of Sadio Mane, Roberto Firmino and Mohamed Salah, allowing Klopp to rest them and keep them fresh for the crunch fixtures.