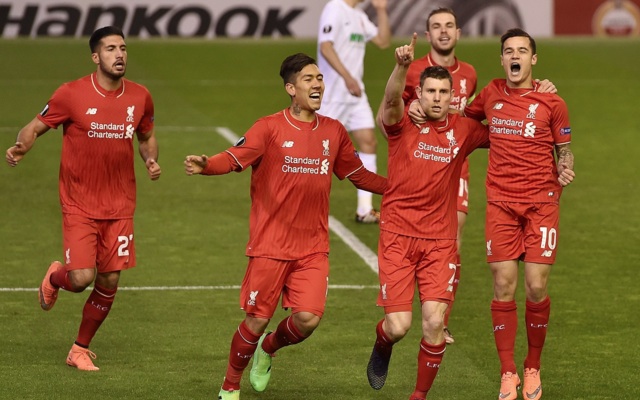 The Merseyside derby between Liverpool and Everton looked to be heading into a stalemate, but a last gasp winner from Sadio Mane in the 94th minute of the game ensured the three points went to Liverpool. There wasn’t much excitement during a largely forgettable encounter at Goodison Park on Monday until Mane pounced to send Liverpool back into second place with a victory over bitter rivals Everton. Neither side produced much in the final third of the pitch and despite the Toffees edging out the first half, there were no shots on target in the first 45 minutes of the game, only the second time has this happened this season.

Everton set the early tempo in a frenetic opening that produced little quality in the final third, the hosts full of energy as they looked to hurry their neighbors. It seemed to do the trick as the visitors struggled for any sort of fluency and Klopp was visibly frustrated as he barked orders from the sideline to no avail.

The only clear chance for the Reds fell to Divock Origi who blazed wide from Nathaniel Clyne’s low cross. The Toffees were no better with Enner Valencia, Romelu Lukaku and Ross Barkley all failing to test Simon Mignolet, while Ramiro Funes Mori headed the clearest opening for either side wide from the half’s only corner two minutes before the break.

Jurgen Klopp’s men though did improve in the second period and began to dominate proceedings and just five minutes after the restart, Firmino was played behind the Everton defense by Milner but the Brazilian could not convert as Stekelenburg managed to keep out his effort with a good save and the ball lobbed in the penalty area but neither Mane nor Clyne could score from the chaos that ensued.

Everton lost their Dutch goalkeeper to injury just after the hour and they were lucky not to see Barkley sent off after 68 minutes for a mistimed lunge that saw him catch Henderson flush on the ankle.

In the 75th minute, Ashley Williams headed a tame effort into Mignolet’s hands, the first shot that the hosts had on target with a free header.

With the pressure mounting on the Everton goal, substitute goal-keeper Joel Robles pulled off a fantastic save from Firmino after a corner was swung onto his right foot, the volley was connected with sweetly and looked to be going in only for Robles superb reflexes to keep the scores at 0-0.

The 4th official decided a stoppage time of 8 minutes after the regular 90 and the dramatic winner was soon to follow. Everton’s resolve was finally broken in the 94th minute, after continuous pressure being heaped by their local rivals.

Daniel Sturridge was substituted for Divock Origi in the 82nd minute and the Englishman shrugged off a challenge from his fellow countryman Leighton Baines before firing a low shot that went past Robles and hit the post, but Mane was the quickest to react and the Senegalese had the simplest of finishes to tap in from close range off the rebound.

Liverpool had a chance to get an even late second goal when Firmino’s shot was cleared almost off the line by Seamus Coleman after being set up by Mane. The Reds though managed to hold on though till the final whistle and move back into 2nd place, six points behind leaders Chelsea.

This was the same side that beat Arsenal a few days prior to the loss, after completing a comeback from a goal down. On the other hand, Manchester City added insult to injury at the Etihad.

However, City is not the epitome of consistency and so aren’t the Reds. Despite that, one feels that Klopp’s second season in the top flight of English football will live up to expectations and he could be the man to guide his team to a strong title challenge, if not triumph.

Wow! Why Arsenal Might Be Forced Into Selling Aaron Ramsey Immediately

Deal Done: Arsenal Confirm The Signing Of This Attacker; What Role...