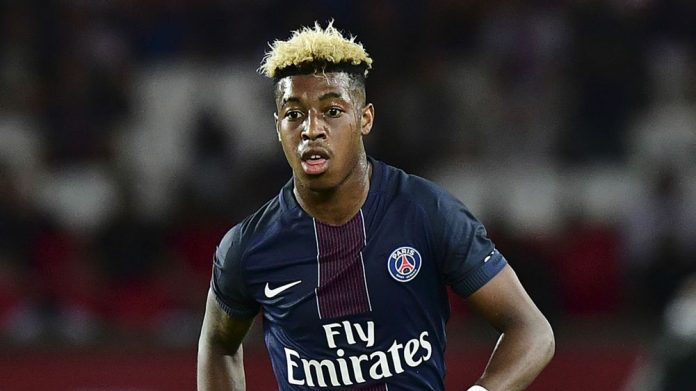 As per reports from media outlets in England, Premier League giants Chelsea, Liverpool and Manchester United will now be involved in the race to add Paris Saint-Germain’s Presnel Kimpembe to their current squad. The speculations further add that the English giants are in need of additional reinforcements at the back, which has been quite clear so far and will make offers in order to complete the possible deal.
The young defender made an eye-catching start to the new season in Ligue 1 and the departure of David Luiz from the Parc des Princes this summer has definitely helped his cause as well.
Also, Blues’ boss Antonio Conte still is keen on adding more defence minded stars, who can bring some stability at the back, after a rather inconsistent start to the 2016/17 campaign.
With Gary Cahill and Branislav Ivanovic not living up to expectations in recent times and Luiz not settling in so far, there is a need for additional options and Conte has his sights set on the young Frenchman.
Kimpembe could be a great addition to any squad, not just for the Londoners and it seems that the Reds have now joined the competition, along with United as well.
Jurgen Klopp will want to bring in some dependable stars to Anfield in the days to come, with Mamadou Sakho not making things easier for himself and Ragnar Klavan fading away slowly.
The three big European clubs will try their best to get the deal done in the upcoming days and which club he eventually joins shall be decided soon.

Spurs’ Star Happy That David Luiz Joined Arsenal; Though Will He...

All That You Need To About Liverpool’s Clash Against Chelsea At...