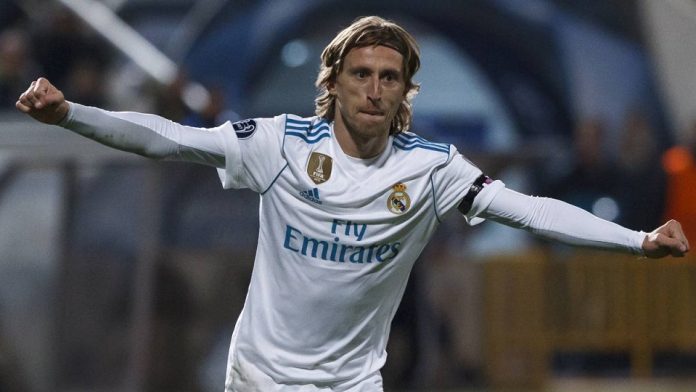 In the race to find out who is the best footballer in the world, there was a lot of competition and this year things were just another level. A final list of 30 was prepared (as per the procedure) and there were a lot of big names in it, out of which a winner was to be chosen. For the first time, the chances of Ronaldo or Messi winning the Ballon D’Or were rather narrow and it was Luka Modric who was being considered the favourite to do so.

Real Madrid had won the Champions League yet again, while Barcelona had been crowned the La Liga champs. In the international scenario (the World Cup), both Argentina and Portugal had failed to deliver big, but Croatia had done really well under the leadership of the midfield superstar. On the other hand, France had won the World Cup and both Antoine Griezmann and Kylian Mbappe were in the running too.  However, the final decision was in the hands of the individuals voting, whom they deemed worthy of winning the title this year.

The attacking duo of Ronaldo and Messi had shown their dominance over the years, as they kept winning it over and over again, as it kept switching hands between the two stars. This time things did seem quite different, though fans of both these top players were still not ready to give up on their chances of winning it yet again.

However, Messi was eliminated from the race quite early and he did not make it to the final four, with Ronaldo, Griezmann, Modric and Mbappe making the final cut.

Eventually, the decision was rather unanimous and it was the Croatian international that triumphed after working so hard over the years at Real Madrid. He thanked his team-mates both at the club and international level and was all praises for everyone who worked with him over the years.

Further, he added more praises for his family who had supported him and made things possible, which was another lovely gesture on the player’s part. This was a rather special feat for the player, who was once termed the worst signing of the La Liga, when he first moved to the Bernabeu from Tottenham.

Well, those days are surely long gone and he has now achieved wonders with his club and country and the fans will be hoping that this is not the end of the road for him and he continues doing so. It was a special night, where the players were rewarded for their feats in the last year or so.

After winning the title, Modric said quite a bit, but it could be summed up in one simple sentence, “It is an unbelievable feeling.”

Well, another year has gone by and another hero is crowned. Hopefully, the player can now go back and achieve more with Los Blancos, with Florentino Perez watching on and smiling. Was he happy that Ronaldo did not win it this time? Or is there a bigger conspiracy here? Just kidding!! Cheers to Modric!!