According to the latest reports, Premier League giants Manchester United have been handed a massive setback in terms of signing Napoli defender Kalidou Koulibaly in the upcoming summer transfer window. The Partenopei boss Carlo Ancelotti has admitted that Koulibaly will play a pivotal role for Napoli in the near future ruling out a possible exit in the summer.

Manchester United fans were going through quite a torturous season initially when Jose Mourinho was in charge of the club at the start of the season. The Portuguese manager instilled a very defensive philosophy into the club and the football was lacking conviction. With dire football and no results to back up the dull performances, the writing was on the wall for Mourinho. A 3-1 humiliation at the hands of fierce rivals Liverpool back in December was the final nail in the coffin for Jose Mourinho as Manchester United boss and the Red Devils parted ways with the 56-year-old just a few days later. 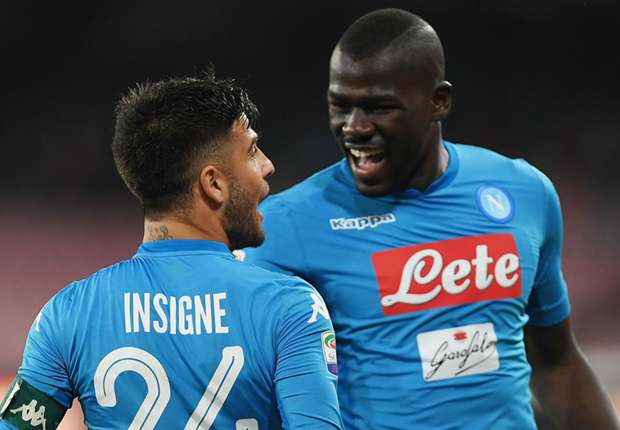 The red half of Manchester then turned to a familiar face in the form of Ole Gunnar Solskjaer to stabilize the club at least until the end of the season. However, the Norwegian has exceeded expectations and won 14 of his initial 19 games in charge of the club. Solskjaer also guided United into the quarter-finals of the Champions League after a terrific comeback against Paris Saint-Germain. Trailing 2-0, United went on to win 3-1 at the Parc Des Princes in a dramatic fashion.

Positive results in the Premier League have also helped United closer to a top 4 finish and the Red Devils are in the hunt for a Champions League spot as they currently sit in fifth place on the table. The 46-year-old Solskjaer was recently given the Manchester United job on a permanent basis and he will now have to recruit players in the summer. One area that Manchester United need to strengthen is their back line and the English giants were targeting Napoli star centre-back Kalidou Koulibaly to improve their rearguard.

The 27-year-old Senegalese defender has been immense for Napoli and his solid displays have attracted plenty of interest from several suitors across the continent. However, United was given some bad news when Napoli manager Carlo Ancelotti said, “I have a team that is already well structured and with margins for growth, even if young. In pivotal roles we are in place, the backbone is robust: two valuable goalkeepers, a reliable defense with a phenomenon like Koulibaly, the well-structured midfield with Allan, Zielinski, and Fabian. Destined to grow, with targeted investments made in harmony with the club. The big names will all remain. Napoli is not forced to sell and make capital gains. Also, Koulibaly? Absolutely, from here it does not move.”

Ancelotti’s words will certainly cause heartache for Manchester United fans as they cannot lure Koulibaly to Old Trafford, unless they are really keen on spending big. They will have to make an offer that the Italian side can’t refuse and gets the deal done.

However, there are other defenders out there who may come in of the price is set right and United may have to spend the funds in order to rope in the players that they want.