Chile are going to face Guinea on Tuesday in a friendly encounter at Estadio Jose Rico Perez. Chile were not able to win a single International game after their win in the quarter-final against Colombia in the Copa America. After that, they were beaten by Peru by a margin of 3-0 in the semi-final. Argentina edged past Chile in third place decided match also.

After that, Chile went down against Honduras in one of the recent friendlies as the match ended with a score-line of 2-1 in favour of Honduras. In the previous friendly match Chile were held by Colombia on Saturday. The match ended with a goalless draw. Reinaldo Rueda Viera’s boys will be trying hard to get back into winning ways against Guinea. On the other hand, Guinea will come into this match after their defeat in the quarter-final of African Cup Of Nations against Algeria by a margin of 3-0. Guinea will be trying to earn at least a draw against Chile to boost up their confidence level.

Previous Meeting Between The Two Teams

There have been no meetings between these two sides in the recent past. So, both sides will be wishing to get a win in their first meeting. It will be a battle between South American skilful football against African physicality. So, certainly it is going to be an exciting contest for football fans.

An Easy Win On The Cards For Chile?

Guinea are way behind Chile in the FIFA ranking. In terms of the squad also Chile have better players than Guinea at this moment. Gary Medel was taken off at the 21st minute of the match against Colombia as he picked up an injury. So, he might not be able to feature against Guinea on Tuesday. The head coach of Chile Reinaldo Rueda Viera will try to give chance to a few young players in this match. On the other hand, the players Guinea will try to give their level best to snatch at least a draw against Chile on Tuesday. 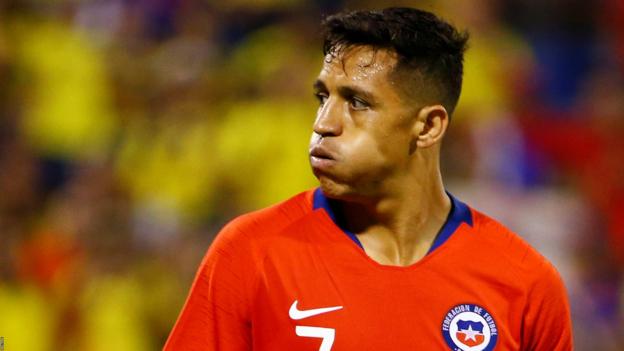 Alexis Sanchez is certainly a big player for Chile. His absence will certainly affect Chile in this match. Alexis Sanchez will fly to Milan to have a scan. After checking the scan report, the doctors can tell the severity of the injury. After that only it will be clear when the star player will be able to return to the field. Apparently from the first look, it is seeming that Alexis Sanchez might be out for at least six months. Though, we have to wait to get the confirmed news tomorrow.

Latest Update On The Future Of This Chelsea Superstar; Lampard Ready...