According to the latest reports, Manchester United, Barcelona and Paris Saint Germain are all in the race to sign Atletico Madrid superstar Antoine Griezmann in the upcoming summer transfer window. The trio of European giants is keeping tabs on the French star who is reportedly eager to move away from the Wanda Metropolitano in the next few months.

Manchester United are currently going through a good patch. That was after Ole Gunnar Solskjaer took charge of the club back in December. Norwegian is the successor to Jose Mourinho who had instilled a very defensive-minded game into the English club and United fans weren’t too happy with the football. With dire defensive displays without any conviction, there were also no positive results which meant the writing was on the wall for the Portuguese manager.

However, Solskjaer has exceeded expectations at Old Trafford following his appointment and has helped United reach the quarter-finals if the Champions League as well as in contention for a top-four spot on the league table. Solskjaer still wants to bring in some quality attackers in the summer in order to help United compete for silverware in the near future. 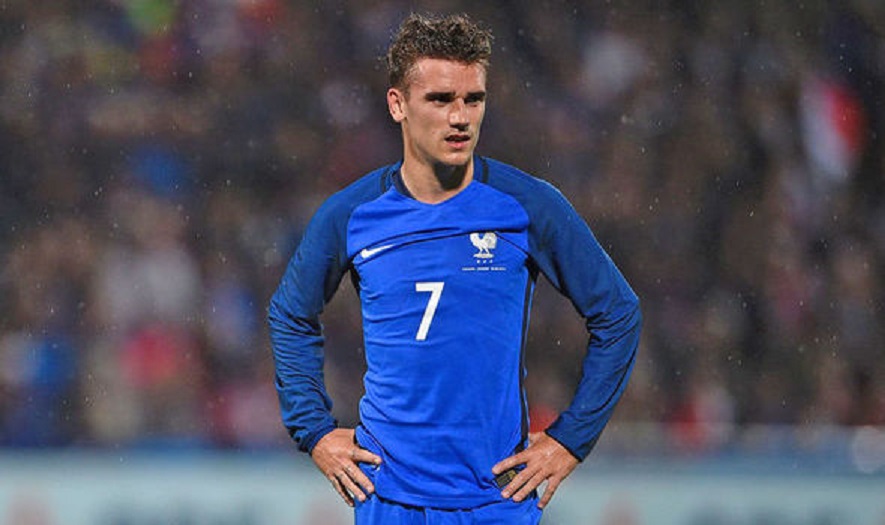 Paris Saint-Germain was eliminated from the Champions League by Manchester United earlier this month. The Ligue 1 champions are eager to get their hands on the elusive trophy. PSG was without talisman Neymar for both legs against their Premier League opponents. They now want to add even further depth to their squad full of superstars in the summer.

Even La Liga giants Barcelona are looking to fill the void left by Andres Iniesta in the summer. The Catalonian giants want to get back to dominating the Champions League. Barcelona has been sick and tired of watching their fiercest rivals Real Madrid crowned champions of the continent on three consecutive occasions.

What Next For The Red Devils; Can A Deal Happen?

These three European giant clubs have been targeting Atletico Madrid star playmaker Antonine Griezmann in the summer. The French attacker was instrumental in helping his national side win the World Cup last summer.

That was after he helped Atletico Madrid win the Europa League as well. During his five seasons with the Madrid club, the Europa League trophy last summer was the first title he won. That is quite petty considering the quality of the player Griezmann is.

“If Griezmann stayed at Atletico Madrid he would become a club legend, but Inter will buy him once Icardi is sold. The club have told me this.” ?

Barcelona wanted to snap up Griezmann last summer. However, the Atletico Madrid star decided to extend his contract with the Los Rojiblancos until 2023. His release clause, which is €170m at the moment, will drop to €103m in the summer. That will be making his move away from the Spanish capital more likely.

The 27-year-old Griezmann is entering the prime year of his career. He wants to win trophies on a regular basis. Barcelona were initially the front runners for Griezmann’s signature last season. However, now they will face still competition from Premier League side Manchester United and French outfit Paris Saint-Germain.

With that being said, the player was wanted by Chelsea as well. Though they have not been the front-runners anymore, if he does wish to move to England, a lot of clubs may make the bid for his services. This transfer saga is far from over now.

Has Real Madrid Boss Zinedine Zidane Lost His Marbles Or Is...