Ravindra Jadeja is just a live wire on the cricket field. He is the best field fielder in modern-day cricket. His presence on any side acts as a boost for any team. On 19th April 2021, when Chennai Super Kings locked horns against Rajasthan Royals at the Wankhede Stadium, Jadeja yet again showed why he is regarded as the best fielder in the world.

He took a series of four spectacular catches in the match against Rajasthan Royals. The team from Chennai easily won the game and it was really good fielding from one of the best in the world. He took all the catches when he was standing on the boundary line.

Now, the social media is filled with an 8-year-old tweet from the CSK captain Mahendra Singh Dhoni regarding Ravindra Jadeja. Dhoni’s Tweet from 9th April 2013 read that Ravindra Jadeja does not run to take the catch, instead, the ball finds him and lands in his hand.

MS Dhoni’s Tweet Below That Went Viral On Social Media Quite Recently, Though He Sent It Out Some Time Ago:

CSK scored 199 runs for the loss of 9 wickets, batting first on the Wankhede wicket. Faf du Plessis ended up as the highest scorer among the CSK batsmen in the innings. He scored 33 runs off just 11 balls. Chetan Sakariya was the leading wicket-taker of the innings from the Rajasthan Royals team as he picked up 3 wickets. All-rounder Chris Morris also picked up a couple of wickets.

While chasing the target, Rajasthan Royals’ batting line up collapsed heavily in the middle overs. The Royals could end up scoring only 143 runs for the loss of nine wickets in their 20 overs. Jos Buttler was the highest scorer among the Rajasthan Royals batsman. He scored 49 runs. Apart from him, none of the other batsmen could cross the figure of 25 runs. 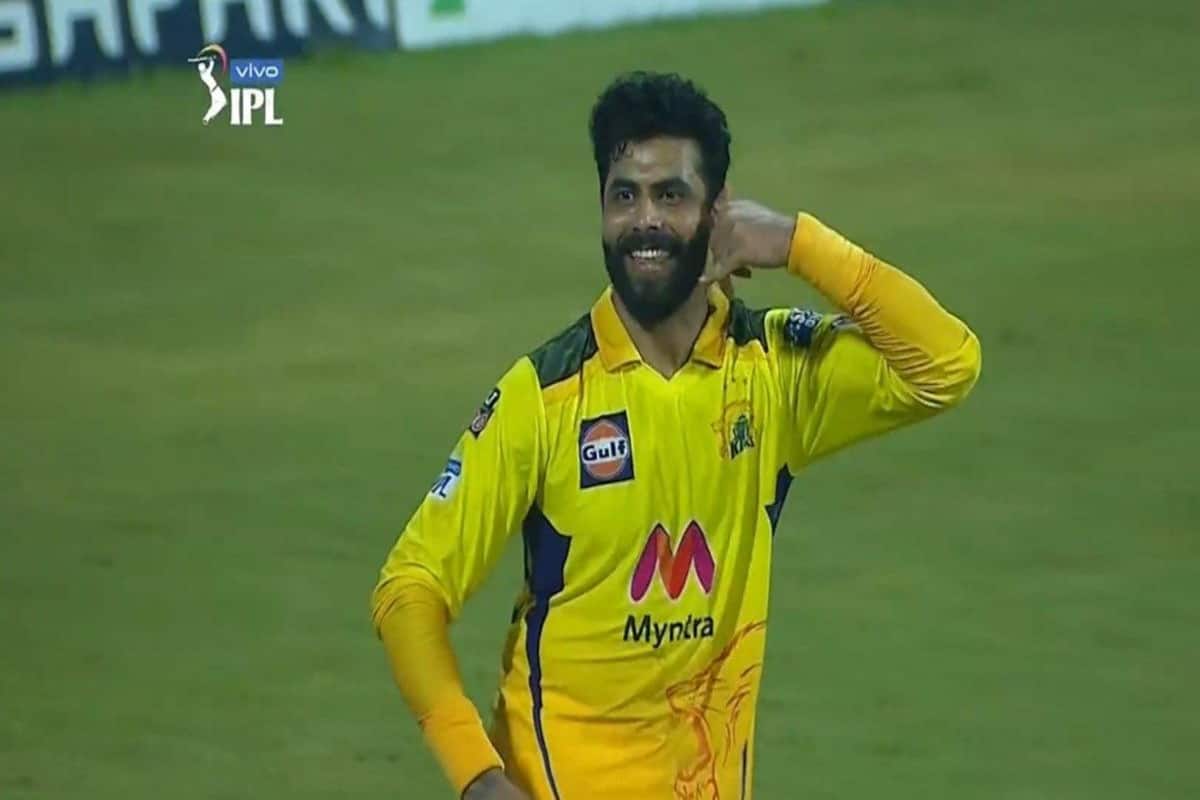 What Next For Ravindra Jadeja And CSK In This Year’s IPL?