The January transfer window is just knocking at the door and according to rumours Liverpool are lining up a move for Redbull Salzburg forward Moanes Dabour. Liverpool are currently top of the Premier League and Jurgen Klopp is eager to hold on to the difference and clinch the crown this time out. The Reds have a six points lead over second placed Tottenham Hotspur and one area where Klopp would like to bring in reinforcements is their attack.

Roberto Firmino has not been in his best of form and with several injuries to his attackers, the German tactician has limited options on the bench. Firmino who was in blazing form last season has not yet reflected the same this time, bagging seven goals and five assists  (with a hat-trick against Arsenal) this season till now.

There are also speculations that Liverpool are set to allow forwards, Daniel Sturridge and Divock Origi to leave Anfield. Both the forwards have enough potential in them and want a bigger role elsewhere than in Liverpool. The departure of these two forwards may mean the path is paved for Dabour to join Liverpool as Firmino’s understudy. Klopp needs depth in his squad if he wants to succeed with the Reds. They are in the lead for the time being but teams like Manchester City and Tottenham Hotspurs are in close vicinity and will look to capitalise on any chance that falls their way. Plus there is also UEFA Champions League knockout fixture against Bayern Munich, and also the FA Cup await at the start of next month.

With fixtures coming thick and fast Klopp will be forced to rotate his squad and keep his vital players fresh for the important clashes. Hence a player like Moane Dabour fits the bill perfectly. He is tall and physical and has an incredible eye for goals. The 26-year old has been netting goals for fun in the Austrian league, scoring 20 goals in 30 matches in all competitions for the Austrian side. He is also the current top scorer in Europa League with six goals to his name. 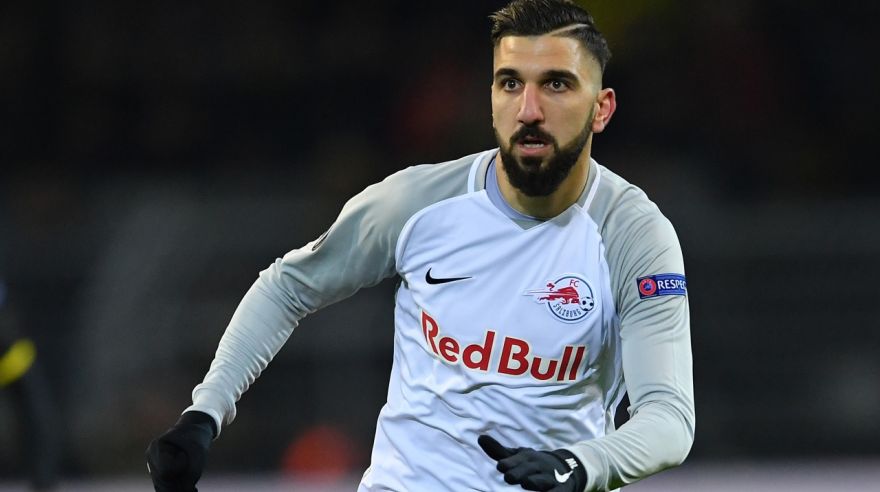 While the rumours are pretty strong and something the fans should be happy about, Liverpool superstar according to Jerusalem Post has threatened the Premier League leaders to quit Anfield if the Israeli forward joins.

The outlet also mentioned the moment where Salah during his Basel days denied to shake hands with the players of Maccabi Tel Aviv. His actions were widely understood to be a snub on Israel.

However former Egyptian coach Mahmoud Fayez mentioned in his tweet that Salah is a true professional and will not leave Anfield even if Dabour arrives at the club.

Dabour is Israeli-Arab and has featured 12 times for Israel scoring 3 goals in the process. The 26-year old also spearheaded the attack for Israel in the UEFA Nations Cup where the Blue and Whites were clubbed alongside Scotland and Albania. Israel finished in the second position behind Scotland.

So the question arises now whether the Egyptian superstar leaves Anfield if the Israel international arrives there or will he be a true professional and stay put and rubbish all the rumours surrounding in Arab media.

Finally A Star Who Wants To Join Arsenal Rather Than Rivals...

Chelsea Given Anthony Martial Update, Will He Leave Manchester United?