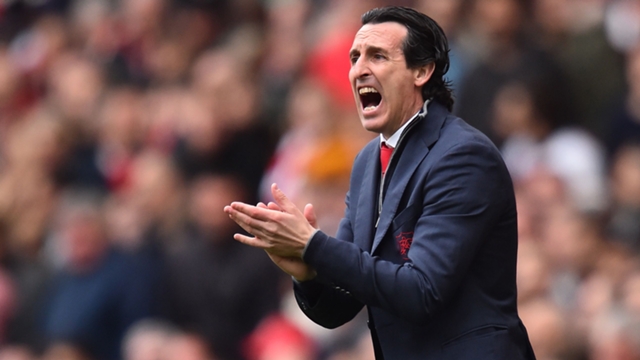 Though it is very unfortunate for a team not to win the League with 97 points under the belts after the end of the season. Previously, the record was of Jose Mourinho’s Chelsea side collecting 95 points in a single season. Though Pep Guardiola’s Manchester City broke the record in the previous season. However, City were not able to get 100 points this season. They collected 2 points lesser this season; but they deserved to hold the title for another season.

The top four positions were decided before the last matchday. Both Chelsea and Tottenham drew their respective games against Leicester City and Everton. So, they finished in third and fourth position respectively. Manchester United lost their last match against Cardiff City with a margin of 2-0. The Gunners won their match against Burnley with a margin of 3-1 and they finished at the fifth position in the League Table.

The talking points of the match between Arsenal and Burnley :

1. Emery Testing His Bench Strength In A Dead Rubber :

The manager of the Gunners, Unai Emery tried to test his bench strength in an apparently looking dead rubber. Konstantinos Mavropanos was there in the central defense of the Gunners in this match. Willock was also present there in the mudfield. Edward Nketiah came as a substitute and scored the winning goal for the Gunners.

3. Europa League Final Is The Real Deal For Arsenal Now :

The last hope of the season remains for Arsenal to qualify for the Champions League next season is winning the Final of Europa League. Though the job will not be easy against mighty Blues. Both the teams have given their best in this second string competition of Europe. However, the desire will be more for the Gunners than the Blues to win the match as the Blues have already qualified to Champions League in the next season.