Liverpool won their sixth UEFA Champions League title with an easy win against Tottenham Hotspur in the Final. Liverpool will now meet Chelsea FC in the Super Cup on 14th August in Istanbul. It was one of the most boring finals in recent years. Both the sides tried to play tactical football throughout the whole 90 minutes. Liverpool was able to convert their chances while Tottenham Hotspur failed to do so. Therefore, we can say that Liverpool has won the Final as deserved ones.

The talking points of the match between Liverpool and Tottenham are :

The fans of Tottenham Hotspur will bring in this question forever as it was a controversial decision of the referee to give the penalty to Liverpool at the very first minute of the match. The shot of Sadio Mane hit at the hand of Sissoko.

According to the current rules, you can not extend your arm to stop a ball moving towards a goal it is a foul and the referee has tried to follow that. He might give a benefit of doubt to Sissoko as it was just the beginning of the game. However, we can not blame the referee for this decision.

There was no reason to keep Harry Kane up front as the lone striker throughout the whole match. Harry Kane was mostly ineffective as he was in the field after two and a half months. It has never been easy for a footballer to come back from injury and perform the same from the very first game after recovery. It was the final of the UEFA Champions League. The pressure was on both sides. Mauricio Pochettino benched his star player of the semifinal, Lucas Moura in this important match. 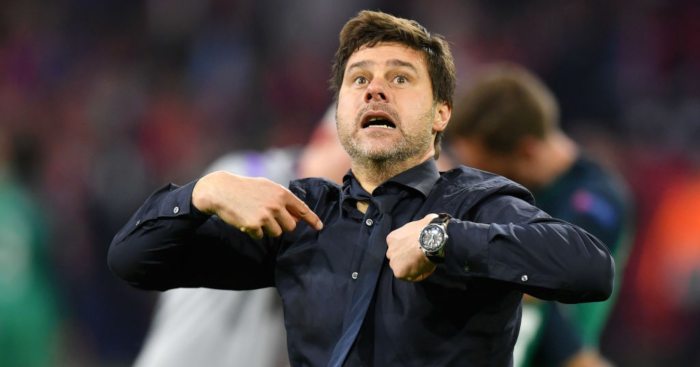 Mauricio Pochettino brought in Lucas Moura after 65 minutes. The inclusion should have been done much earlier. One of the other reasons for Tottenham’s remarkable come back against Ajax was the stellar performance of Llorente. In this match, Llorente came as the third substitute of Tottenham Hotspur after 80 minutes. Both sides showed no urgency to win the match. However, Mauricio Pochettino should have shown some urgency as his side were behind.

3. Liverpool stays firm at the back :

Liverpool started to play defensive football after the first goal of the match. Mohamed Salah converted the penalty successfully in the very first minute of the match to give Liverpool the lead in the match. After that, Tottenham Hotspur had possession of the ball most of the times. Alisson had to make some brilliant saves to keep the clean sheet in the Final. The Reds were brilliant at the back. They were able to hold the one-goal lead till the very end until Divock Origi secured the win for them with a brilliant strike.

ABOUT US
Beyond The Posts is a US-based website which focuses on the big stories currently circulating across the globe. The aim of this website is to share multiple opinions with the audiences and the readers, which can co-exist in society.
Contact us: nitishb[email protected]
FOLLOW US
Developed By Right Softwarewala

Positive News For Manchester United, Ahead Of Clash With Benfica

Juventus Has A Game-plan On How To Beat Atletico, Here’s What...