Ole Gunnar Solskjaer’s side is comfortably through to the Europa League semi-finals this season with a comfortable 2-0 victory at home against Granada at Old Trafford, completing a commanding 4-0 aggregate win over the Spanish opponents. Edinson Cavani put the home side in front in the sixth minute of the game. Solskjaer’s side was in complete control over Granada since the first whistle and made it look easy to win the tie. An own goal from Granada’s Jesus Vallejo sealed the win for Manchester United.

Manchester United are still looking for that first trophy under their legendary Norwegian boss. Solskjaer is hoping to deliver that this time around.

What Solksjaer Said About His Manchester United Side After The Game?

“Let us hope so. You know, when you get to a semi, that is the nature of the game. You are playing against good teams.”

“We played against some good teams but we relish the chance again to go to a final. I have seen the determination, the attitude in every player that we want to go one further.”

“The disappointment of the defeats that we have had, they give us the motivation to go one step further and hopefully end the season on a high.” 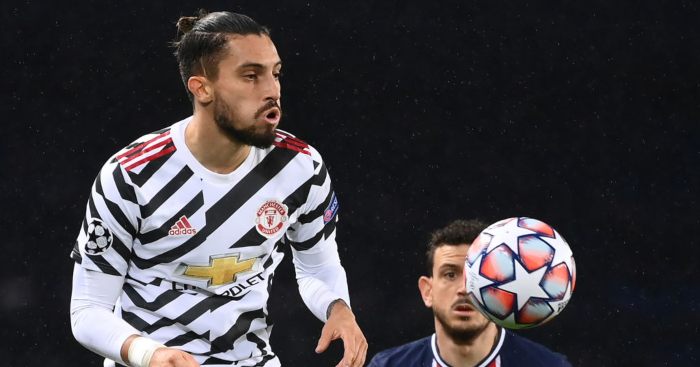 1. Fringe Players Get The job Done At Old Trafford For Manchester United:

Manchester United was without three of their key players. Luke Shaw, Scott McTominay, and captain Harry Maguire were all suspended due to their yellow cards in the reverse fixture. Anthony Martial is currently sidelined due to injury as well, which forced Solskjaer to make a few changes. Nemanja Matic, Alex Telles, and Axel Tuanzebe specifically were excellent on the night. Former Chelsea midfielder, Matic controlled the midfield while Paul Pogba showed his class. Matic also completed most passes during the game. Tuanzebe made the most of his chance when he was given a start in the absence of captain Harry Maguire. Van de Beek played 45 mins in the second half and was impressive.

2. Pogba Showing His Class On His New Role For Manchester United:

Paul Pogba impressed once again in the attacking role he has been newly given. The French World cup winner provided the assist for Cavani’s opener in the sixth minute. Pogba played only the first half. However, despite that he registered the joint-most key passes, dribbles, aerials won and made more tackles than any player on the pitch (five).

The turn-around from the former Juventus man is just spectacular. He has been in top form now and the difference-maker. Let’s wait and watch if he can continue to perform like this in the days to come.

3. Fifty In Europe For Edinson Cavani:

The Uruguayan striker is slowly showing his class in the red shirt and once again sealed the tie in the sixth min with a brilliant header from a Paul Pogba’s cross. This was Cavani’s 50th goal in UEFA competitions in 87 appearances, only the fourth South American player to this milestone after Lionel Messi, Sergio Aguero and Alfredo Di Stefano. Solskjaer opted to sign the PSG legend after selling Romelu Lukaku and with nine goals so far for United, Cavani showing what a proper number 9 he can be with another class act last night.

Revealed: An Analysis Of Arsenal’s Europa League Season So Far