The star Belgian winger Eden Hazard finally joined Real Madrid in this summer transfer window. According to the sources, the transfer fees of his deal will be £88m and with add-ons, it will reach up to £130m. The rumour was on for the last few days that the deal is about to be final in the next few days.

The Deal Of The Transfer Window Is Now Complete; Eden Hazard Has Signed For Real Madrid

Real Madrid announced the deal of Luka Jovic a few days ago and according to the sources, Eden Hazard was their prime target in this summer transfer window. The President of Real Madrid, Florentino Perez was eager to make the deal quickly as he wanted to buy Eden Hazard within this June. Now they can show this investment in the calendar year of the previous season. So, they will not be under any problem with FIFA Fair Play Regulations. 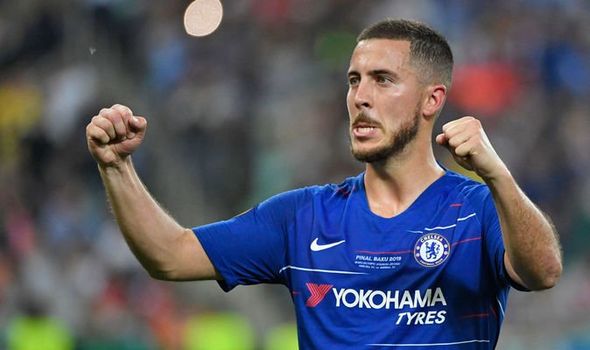 Thibaut Courtois joined Real Madrid from Chelsea in the previous season. He also wished to have his National teammate in his club again and the wish of him finally fulfilled tonight. The Belgian playmaker always had the dream to join Real Madrid from his childhood days. On the other hand, he also wishes to win the Champions League as soon as possible. Maybe he has a dream of winning the Ballon D’Or award too. These things will be much easier in a club like Real Madrid than staying at Chelsea.

What Next For Chelsea; Who Want To Move On And Get More Deals Done Soon?

The Sporting Director of Chelsea, Marina made it clear that the club management will extend the contract of Eden Hazard but it was the wish of the player to join Real Madrid in the next season. So, the club management of the Blues is going to respect his decision. Eden Hazard made 352 appearances for the Blues so far in his career. It is the club 23rd best number of appearances of a player. The Belgian winger scored 110 goals in Blue Jersey. He is the ninth highest scorer for the Blues.

Eden Hazard came at Stamford Bridge after their Champions League-winning season. The Belgian winger has won 2 Premier League titles, 2 Europa League, 1 FA Cup and 1 Carabao Cup in his career at Chelsea. It is quite a successful career of Eden Hazard at Stamford Bridge and he will certainly be regarded as one of the top players of the Blues forever. The club management of Real Madrid wished to strengthen their side in this season. The manager of the Los Blancos, Zinedine Zidane has a long wish-list and among those only two are signed yet. Real Madrid is on the verge of completing two other deals. Now they will like to strengthen their defensive unit and for that reason, Ferland Mendy will join them from Lyon. The club management of the Los Blancos is also eyeing to have a playmaker in their side. So, Christian Eriksen is also under the radar of Real Madrid.

The star lad of Belgium, Eden Hazard will be presented at the Bernabeu in the new kit of Real Madrid on 13th June after the completion of the player’s medical.