According to the recent reports, Chelsea are going be banned from signing any new player for the next two transfer windows. The ban has been implemented on the Blues due to illegal signing of players of age under 18 years. Though the west London outfit are not happy about this decision, they may have no choice but to accept it.

In this article we will discuss about three players who might be benefited from this transfer ban of Chelsea. Here they are :

David Luiz is playing an important role under the management of the new manager of Chelsea, Maurizio Sarri. The Brazilian centre back is creating the attack from the heart of the defense. His long passes and through balls are adding a new flavour to the attacks of the Blues in this season. 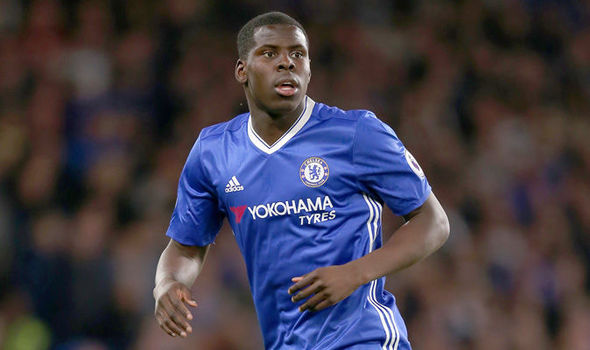 Gary Cahill is mostly leaving Chelsea in the next summer transfer window. David Luiz is ageing; so the Blues need good backup options in the central defense. Andreas Christensen is present there as a good backup. However, the Blues might qualify for the Champions League in the next season. So, the squad depth is needed to be present right there for the Blues throughout the whole season. In this circumstances, the Blues will surely look into the progress of Kurt Zouma in this season.

However, now the club management of the Blues are not going to give Maurizio Sarri the full control. Both the centre-forwards of the Blues, Gonzalo Higuain and Olivier Giroud are are not producing good results for the Blues. So, Michy Batshuayi is going to be included in the squad of the Blues from the next season. The Belgian centre forward might become an essential part of Chelsea in the upcoming years.

Wow! Chelsea In Talks With Real Madrid Over A Deal For...