Arsenal manager, Unai Emery may have allowed youngster Eddie Nketiah to leave Emirates on loan to join EFL Championship side Leeds United but the Spaniard was not totally convinced about the move about the young forward as he has huge plans for him in future. The 20-year old impressed the former Sevilla tactician and he revealed that the French youngster will be staying at the club but then just on the deadline day he was allowed to go out on a loan at Marco Bielsa’s side for a season.

Nketiah scored against FC Bayern Munich and Fiorentina during the Gunners tour at USA. However with Nicolas Pepe joining this season and Pierre-Emerick Aubameyang and Alexandre Lacazette already in the ranks, allowing proper game time for the 20-year old would have very difficult for the Spanish boss.

Hence under Bielsa’s tutelage, Nketiah is bound to shine and hone his skills at Leeds and the Championship is bigger and more challenging and it will help the 20-year old more game time to develop his skills.

Nketiah at Leeds will be filling the void of Kemar Roofe to score the goals and the 20-year old was given his debut against Salford City in the Carabao Cup and the Arsenal loanee already found the net and earned a crucial win for Leeds United. Emery also believed in his talent but considering the balance of the team, he wants Nketiah to play more minutes regularly which he cannot offer him at North London right now.

“My first decision about Eddie Nketiah was not to let him leave. But after he spoke with me and [considering] the possibility of how many matches he is going to play with us, I said to him I could give him a lot of minutes this year but maybe he can improve more playing regularly 90 minutes each Sunday with Leeds.

“Our objective with him is: ‘play and come back here, we want to be with you in the future.’ It is the same with other young players. It is different with players who have been here for a lot of years, Carl Jenkinson is leaving, Laurent Koscielny is leaving and Iwobi is leaving. We have a big respect for them. I wish the best for them and good luck,” added the former Sevilla manager.

Watching Nketiah score in his debut, Arsenal legend Ian Wright was very happy as he took to Twitter to congratulate the youngster.

The Frenchman also sounded very optimistic after scoring in his debut against Salford City and wants to make most of every chance he gets with Leeds United and get back to North London as a more matured and developed player altogether. 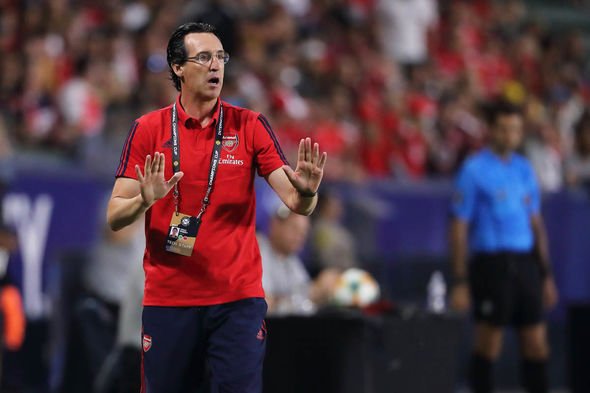 “It is nice to get the win most importantly and to get through to the next round, this competition is a great competition and we are going to take it seriously and work hard,” he told LUTV.

“To get a goal on my debut is also nice and good for my confidence, hopefully, I can build on this performance and have better performances.

“It was a good time to score just before half time, giving us a bit of confidence going into the break and the game opened up a lot in the second half.

“I have been itching to play, I want to score in every game, that is my aim, but I know that’s not going to happen in every match, I just try to focus on playing well and working hard for the team first and I feel if I do that, the chances will come if I am in the right positions.

“We took our chances well, 3-0 is a good result away from home and I feel it was a good performance from the team overall,” added Nketiah.

Mesut Ozil: The Artist On The Football Field; Is He Lost...

Latest Injury Update For Unai Emery’s Side, As Arsenal Set For...