The Naby Keita story- This Liverpool star’s brother Almany Keita was luckily not part of the casualties in the recent bus tragedy in Guinea. Nine people are dead and 18 are injured in the accident. The initial reports were suggesting that the Liverpool star’s brother had been on the bus. The top news agencies like AS and Mail reported the same news. However, the veteran Guinea journalist stated that Naby Keita’s brother was not part of the accident.

Naby Keita was certainly upset in the incident and he posted a condolence message in his Instagram account about the bus accident. The severity of the accident is certainly quite tragic. The rumour of his brother’s death certainly affected Naby Keita a lot.

Naby Keita is not the regular choice first-team midfielder for Jurgen Klopp at this moment. The manager of Liverpool, Jurgen Klopp prefers the trio of Alex Oxlade Chamberlain, Giorginio Wijnaldum and Jordan Henderson in the midfield. Naby Keita was not even in the squad of Liverpool in the second leg of the Champions League round-of-16 tie. 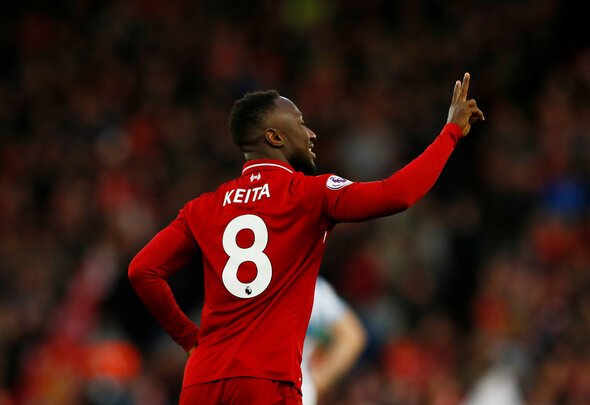 Liverpool tried hard throughout the whole match to equalise the scoreline. They scored one goal just at the end of the half time mark. Wijnaldum’s header was on target and Jan Oblak had nothing to do with it. Jan Oblak was phenomenal throughout the whole match. He made nine saves which kept Atletico Madrid in the game. Saul Niguez’s header at the injury time of the second half went into the goal but it was cancelled because of offside.

After the beginning of the extra time, Roberto Firmino put Liverpool ahead in the tie. However, one mistake of Adrian changed the course of the match. Atletico Madrid scored the much important away goal. Llorente scored back to back two goals to knock Liverpool out of the contest. Alvaro Morata’s goal at the 120th minute of the game sealed the win for Atletico Madrid.

Liverpool were not able to defend their Champions League title this season. Now, they will be focusing on the Premier League. Liverpool will face Everton this weekend in the Premier League at Goodison Park. Jurgen Klopp’s men will be eyeing for a win in the Merseyside Derby to regain their confidence.

Arsenal And Manchester United Given Major Update In The Race To...